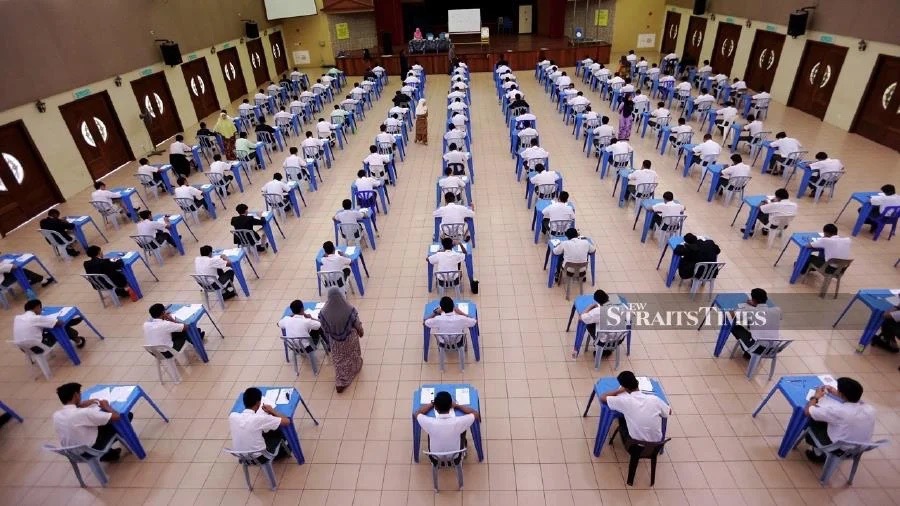 PUTRAJAYA: The Education Ministry stands by its decision not to reinstate the Ujian Pencapaian Sekolah Rendah (UPSR) and Pentaksiran Tingkatan Tiga (PT3) examinations, despite requests from parents for the public examinations to be reintroduced.

Deputy Education Minister Datuk Mohamad Alimin said UPSR and PT3 were abolished because the ministry wanted to produce human capital with skills in various fields and not limited to the academic field only.

"We have explained many times that we are taking a more inclusive approach, not just based on exams, but we want to produce human capital with capabilities in many other fields.

“Malaysia is becoming a more developed country, so we want to supply the country with human capital with diverse expertise. That is the main goal,” he told reporters after closing the Certified Integrity Officer (CeIO) Programme Series 31 here today.

Mohamad said this when asked to comment on media reports stating that more and more parents wanted UPSR to be reinstated on grounds that the Education Ministry was not prepared yet to implement the Classroom-Based Assessment (PBD) as a single approach to the assessment system in schools.

The aim of the PBD was to reduce the emphasis on academic achievements through examinations, thereby allowing students to enjoy the learning.

However, educationists and parents have pointed out that there are too many uncertainties with the system and hence called for it to be overhauled.

The reason being that the ministry has yet to meet the three main prerequisites of PBD and this adds to the parents’ anxiety about the effectiveness of the new approach.

The three prerequisites are on the ideal number of students in the class to make it easier for the teacher to monitor and evaluate; a syllabus that is not too dense to give way to various activities in the class; and teachers need to be given full autonomy to assess students.

On April 28 this year, the Education Ministry abolished UPSR and strengthened School-Based Assessment (PBS) and PBD.

Meanwhile, on June 2, the ministry announced that PT3 would be abolished starting this year and would be replaced by the strengthening of PBS.

Earlier in his speech, Mohamad called on teachers to use the social media wisely and that the ministry had issued guidelines for teachers and students on the use of social media.