Eateries crying out for help 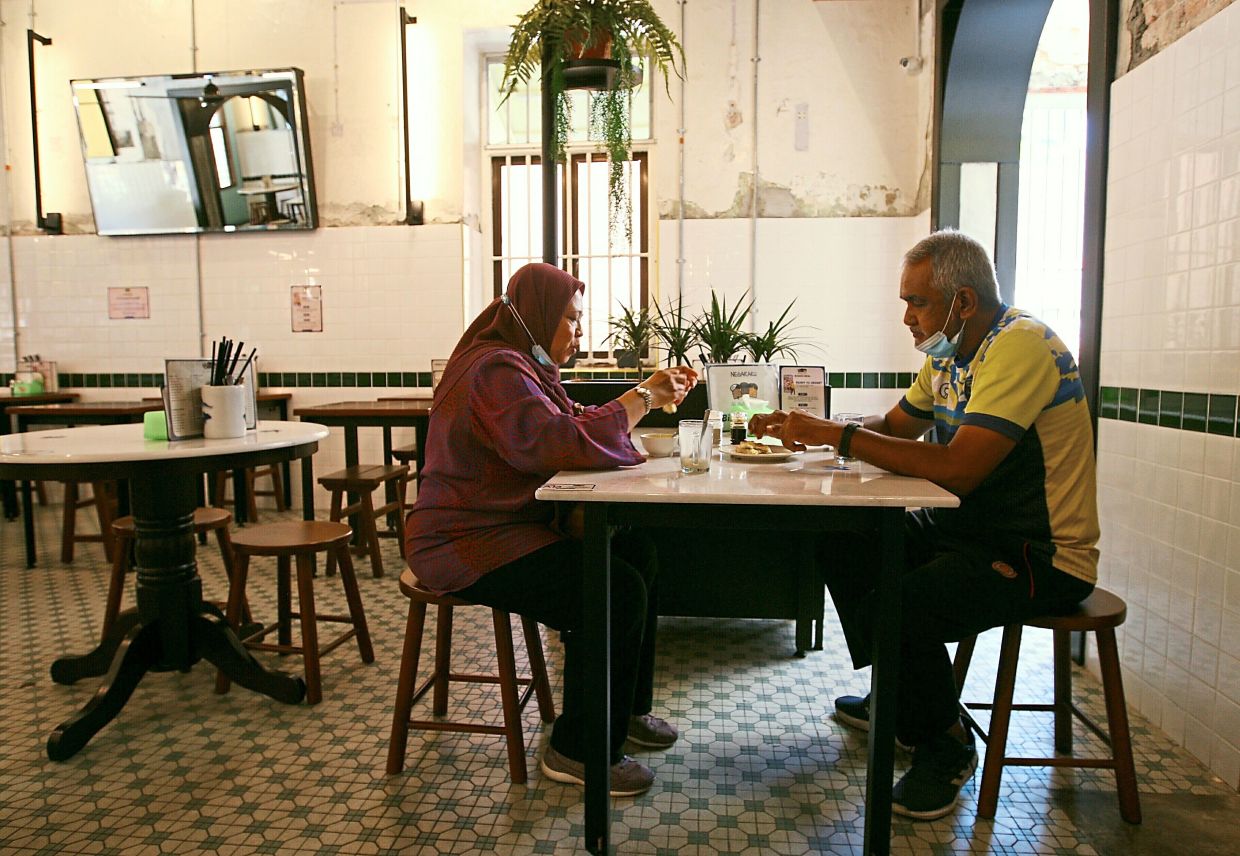 PETALING JAYA: It is about one in the afternoon at a Chinese coffee shop in Petaling Jaya and char kuey teow seller Ah Hock is waiting for customers.

It is supposed to be the peak hour, but unlike better times, the crowd is just not there.

Since Ah Hock has nothing to do, he picks up the plates and cups of other patrons and wipes the tables.

“I am just helping around since I am free, ” said the 70-year-old from the Klang Valley.

Prior to the recent conditional movement control order (MCO), he could sell about 50-60 plates of the delicacy, which costs RM7 to RM9 per plate, every day.

On good days, he could even sell up to 100 plates a day but ever since the conditional MCO on Oct 14, he is able to sell only 20 to 30 plates a day.There were fewer patrons during lunch as more office workers were working from home, said Ah Hock who pays RM1,000 rent a month to the coffee shop operator.

“It’s the same everywhere. Everyone is struggling. I want people to come out but I understand why they don’t, ” he said, with a twinge of sadness.

in business dropping by up to 70%.

“People are fearful of coming out as the number of cases is rising, ” he said.

“Many prepare food but no one buys it. They have to give up their business, ” he said, adding that this in turn would affect proprietors who could not collect rent while people lose their jobs at these outlets.

He hoped the government would assist them by considering a reduction in Employees Provident Fund (EPF) contributions and interest free loans, among other things.

Even big players in the local food industry are not spared from the dire economic situation.

Datuk Henry Yip, who is the CEO of the Dragon-i Restaurant Group, said the 36 stores under the restaurant chain had been hit hard by conditional MCO restrictions.

“It has not been easy. Business had started to return to about 80% of its normal trend but we then had the conditional MCO again.

“Our business fell by about 50% because a lot of our stores are located in shopping malls and people are not going there, ” he said.

While food delivery companies have enabled restaurants to send food to customers, such companies would take a cut of the transactions and charge hefty commissions.

Yip said the restaurant had to come up with a survival strategy by lowering prices, expanding online delivery options and giving RM50 vouchers when customers spend at least RM100.

“We also practise strict hygiene standards, such as sanitising the entire restaurant every single night to ensure customer safety, ” he said.

He added that the group resolved not to lay off the staff and disposed some of its assets to stay afloat.

“We have overcome the most difficult situation since March 18 and we hope customers will continue to support us, ” he said.

“We were beginning to breathe a little when the operational hours were extended until 2am but we felt the pinch again when it was restricted to 10pm, ” he said.

He estimated that about 100 of his members’ shops had closed and restaurant chains with several outlets had been scaling down.

“Almost every day, we can find a restaurant ‘for sale’ in our Presma WhatsApp group.

“Operational costs like utilities, salary and rental remain the same but profits have dwindled.

“Most operators are finding it difficult to sustain, especially as business owners have monthly repayments for borrowings, ” he said.

He reminded members to maintain their cleanliness and adhere to the standard operating procedure at all times.

“I humbly urge all Malaysians to buy local products as this will get the economy moving, ” he said.

Henri Lee, whose recent Facebook post on the plight of a stall in Subang was shared 10,000 times, urged everyone to support small businesses, saying they needed the most help. “Nasi lemak from that mak cik opposite school? Go! Buy it! Mamak? Yeah, eat it, ” he said.