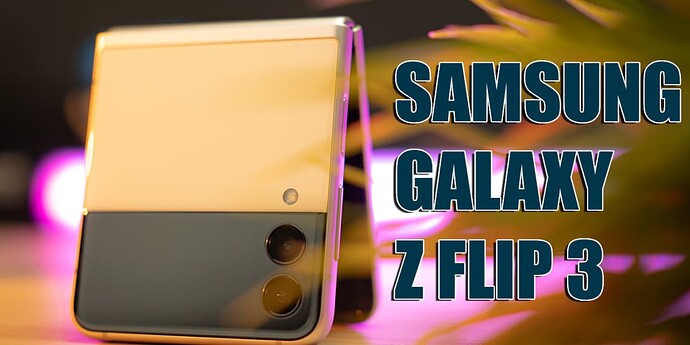 I always have my doubts when it comes to foldable smartphones. Not only are they extremely fragile, they are also very expensive. And if you know me, I am someone who doesn’t really take care of my phone. But when Samsung launched the Z Flip 3, all of my concerns seemed to be solved. The Z Flip 3 is now more durable, it is water resistant and most importantly, it only starts at RM3,999 which is like the price of a normal flagship smartphone.

So could this finally be the foldable smartphone that everyone should get?

Okay so let’s start off this review with why I was interested in reviewing this smartphone in the first place. Well, I think this phone is cute. Something about the dual tone pastel colours speak to me, especially the one in Lavender. But you know what? The cream colour that we’ve got in the office looks OK too. And you know how smartphones nowadays are so similar, so it’s nice to see something new for a change. I mean how often will you see people flipping a phone in public? Probably very rare. 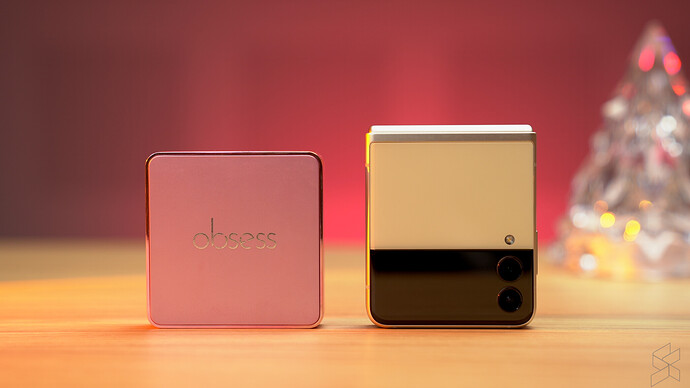 Unlike the Samsung Galaxy Z Fold 3 which turns a normal sized phone into a “tablet”, the Z Flip aims to bring larger phones into a smaller form factor so that you could store it super easily.​ When it’s closed, the device is about the size of a compact powder. And it is actually quite thick, probably the thickness of 2 phones stacking on top of each other.

But since it is so small, it doesn’t take up a lot of space in your pocket and it is very easy to slide them in and out from your pocket. Personally I don’t really feel that there’s much of a difference because I don’t like putting my smartphone in my pocket because you know how small girls’ pockets are. But if you do, you will definitely appreciate the smaller footprint of the Z Flip 3.

And also the cover screen! It’s finally usable now! Remember how small the original Flip cover is? It’s barely even functional besides reading the time. 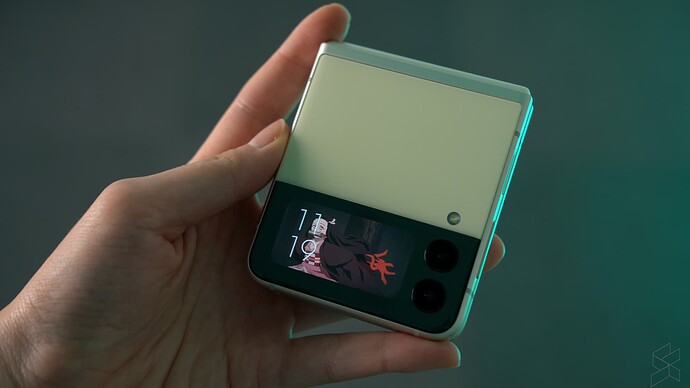 But now, with the Z Flip 3 you are getting a display that’s 4X larger than its predecessor. You can now check your notifications more effectively, switch between the songs you are listening to and one of the most important features of them all you can customise the clock and add whatever pictures or even GIFs you like.You can also set any widgets you want to the cover screen so for example you can add your calendar appointments, weather, alarms and even timer. 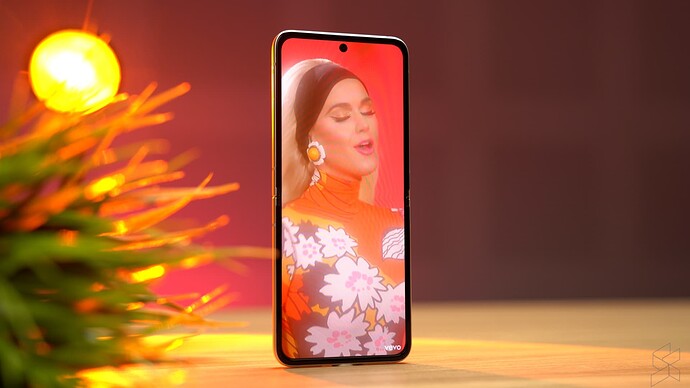 Besides that, the Samsung Galaxy Z Flip 3 features a 6.7” Full HD+ AMOLED display. The colours on the screen are vibrant and saturated, so watching videos and playing games on this smartphone is definitely pleasant.

But what really bothers me though, is the crease. I know, I know, this is a foldable smartphone and there’s bound to be a crease in the middle, but for some reason, I can’t get over the fact that it’s there. It’s actually pretty distracting especially when you watch videos or scrolling through the web. You can even feel the bump under your finger while you are scrolling. Maybe it’s just me because my colleagues seem to be okay with it and they get used to it pretty quickly, but I am just not a fan.

Oh and did I mention that the Z Flip 3’s display also comes with a 120Hz refresh rate? Yeap, it does! But to be really honest with you, I don’t really care about fast refresh rate screens. Okay la, not really don’t care la, more like I couldn’t really tell the difference. I tried switching between 120Hz and 60Hz on the Z Flip 3 and I wasn’t really put off by the performance at 60Hz. 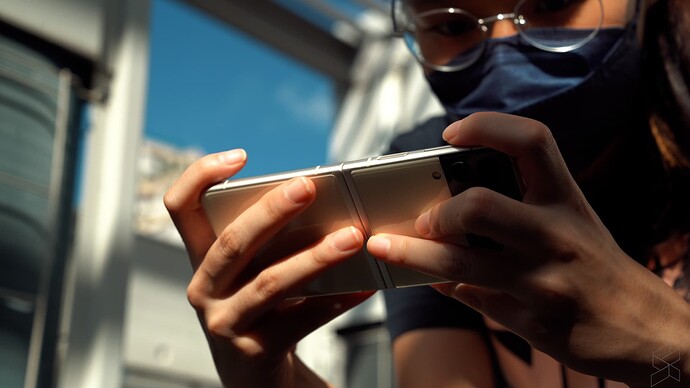 And most of the time, I left it at 60Hz because the Z Flip 3 has one major flaw.

You see, the Galaxy Z Flip 3 only has a 3,300mAh battery and that’s extremely small by today’s standards because most flagship smartphones today will have at least a 4,000mAh battery.

Most of the time I was on Youtube, browsing through the internet and I also used the camera app from time to time, so nothing really hardore. But I only get 3-4 hours of screen-on-time and the time-on-battery I have is around 7 hours. So that means I have to charge the phone at least twice a day, which is a little inconvenient for me because I do not have access to charging ports all the time. And the worst part is that the Z Flip 3 only comes with 15W fast charging so it takes almost 2 hours to fully charge the device. 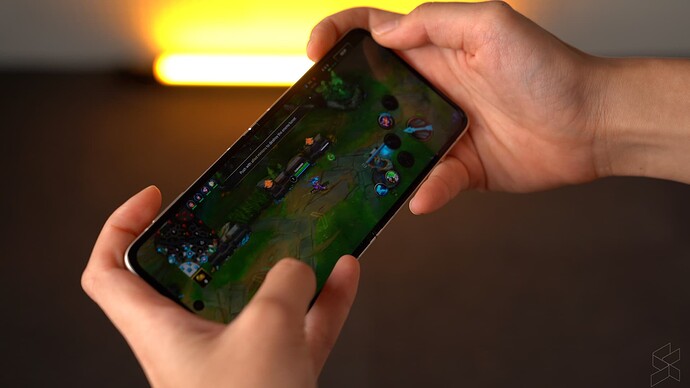 But the good news is that the performance on this thing is smooth and snappy, which is something that you would expect from a Snapdragon 888 processor. There’s also 8GB of RAM and up to 256GB of storage, which is plenty enough for you to store your pictures and apps.

But the phone will get a little warm to the touch even after a short period of usage. I’ve been on social media for less than 10 minutes and the phone will start to get a bit hot. Maybe it’s because the phone is foldable so there’s not much space for a robust cooling system. However, the performance of the smartphone is not compromised because I did not encounter any thermal throttling issues even though the device gets hot.

So remember how I told you guys that I don’t really baby my smartphone and the reason why I don’t use a foldable smartphone as a daily driver is because I am afraid that I accidentally destroyed it?

Well apparently, Samsung made the Galaxy Z Flip 3 to be quite durable. So in the office, we only have a unit​ of the Samsung Galaxy Z Flip 3 and we have to take turns using it. And you know how production works. Sometimes we just leave the phone unattended in places that are not really safe for smartphones like on the floor or on the sofa. And do you guys remember Rory’s hands-on video of the Z Flip? Yeap, he actually dunked the phone into a tank of water multiple times before I took it from him for this review.

My point is, even after all the torture and abuse the Z Flip 3 has gone through, it’s still in good condition once it reaches my hand.​ The reason for this added durability is probably down to the materials.

Now the outside of the phone, including the 1.9” display, is covered with Gorilla Glass Victus. Samsung has also constructed the phone’s frame from its Armour Aluminum material, which is also their strongest aluminum frame.

And the hinge? I’m actually really impressed with it because no matter which angle you bend the phone to, it manages to hold that position and overall it feels very solid. Also whenever you fold the phone open or if close, you will get this really satisfying and tactile snap. 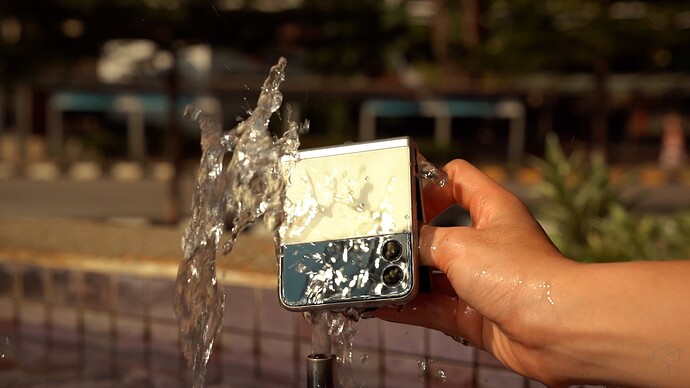 But perhaps one of the most mind-blowing things about this phone is the fact that you don’t have to worry about getting the Z Flip 3 wet. Not just splashes, you can even dunk the whole phone into a tank of water because there’s IPX8 water resistance rating on this thing.

I mean it’s not made for you to dunk your phone into the water la, so don’t take it swimming. It’s more for peace of mind so next time if you accidentally drop your phone into a puddle or splash it with water, you don’t have to freak out.

And since the Z Flip 3 has no official dust protection rating, it is still vulnerable to bits of debris or dust. However, Samsung says that the phone’s hinge now has a “fiber shield”, which aims to trap stray dust and keep it from getting inside the phone. I don’t really know how well it is from keeping the dust from entering the hinge, but at least I know that there’s extra protection. And if the phone is closed, you will also notice that there’s a visible gap in between. So be very careful of where you place your phone because if small items like stones get caught in between, your display might be scratched. 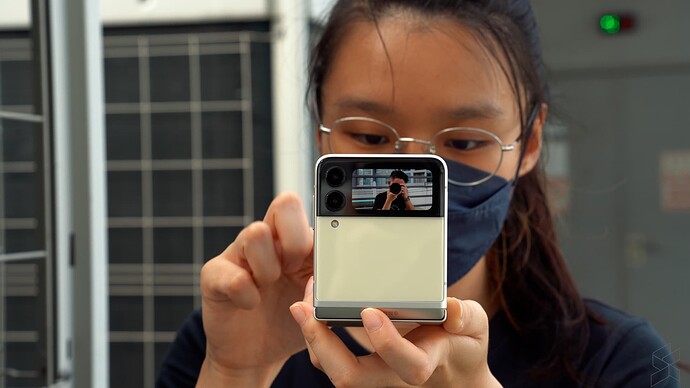 Camera wise, well sadly to say that there aren’t any changes from the first Flip. At its rear, you are still looking at the same 12MP wide and ultra wide angle cameras. And for selfies, you are getting a 10MP lens which sits in the punch hole.

I am not saying that the cameras are bad. It’s just that if you are looking for a smartphone that takes the best pictures and has the best camera features, the Z Flip 3 is definitely not the one. But, you know how Samsung cameras are. They are vibrant, punchy and sometimes overly saturated with lots of sharpening. And when it comes to selfies, you will notice that your face will turn super smooth all of a sudden. They are also not very good in low-light conditions too. So if you are someone who just wants a phone for casual picture taking, the Flip 3 is actually good enough. 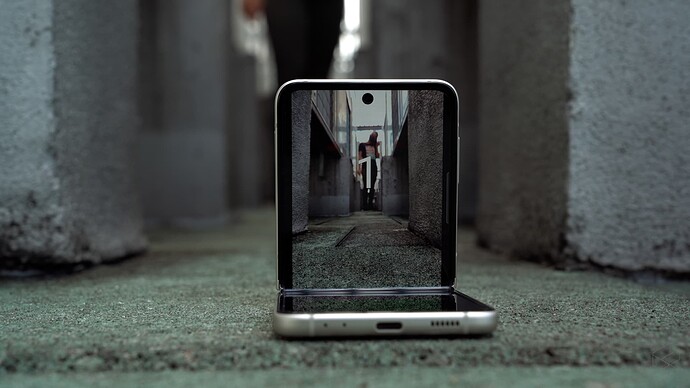 And with Flex Mode, you can easily take a picture without having to rely on a tripod. Just fold your halfway into an “L” shape, place it somewhere convenient and just enjoy taking pictures. You could also use the cover screen to frame yourself and take pictures with the main cameras. 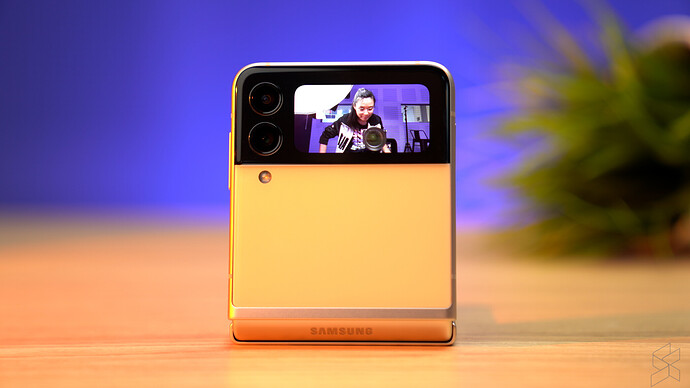 The only problem with it is that the cover screen is a little too small and I can’t really see what the framing is like. But hey, that’s an option right?

So now the question is, can a normal person use a foldable smartphone? 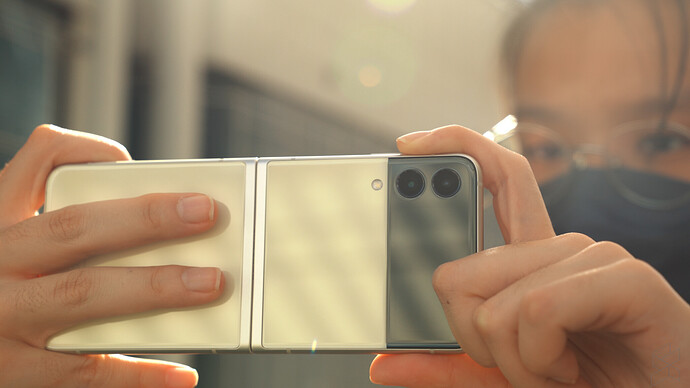 Personally I wouldn’t get it because, as a power user, I don’t think I can live with the short battery life on the Z Flip 3. And the fact that it only supports 15W “fast” charging is also what puts me off. But if you don’t mind having to charge your phone multiple times a day or have a powerbank with you at all times, I think that there’s no other phone cooler than the Z Flip 3. And the Z Flip 3? It is now more durable, it has a water resistant rating and the cover screen is so much bigger compared to the first Z Flip. 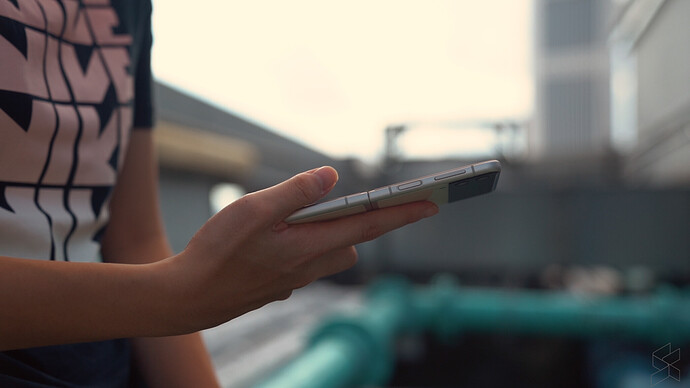 And plus, the Z Flip 3 is now much more affordable than the first Z Flip. The starting price is only RM3,999 for the base model with 128GB of storage and if you need more storage, there’s the one with 256GB of storage and it is going for RM4,199.