Do not shrink MRT3 line 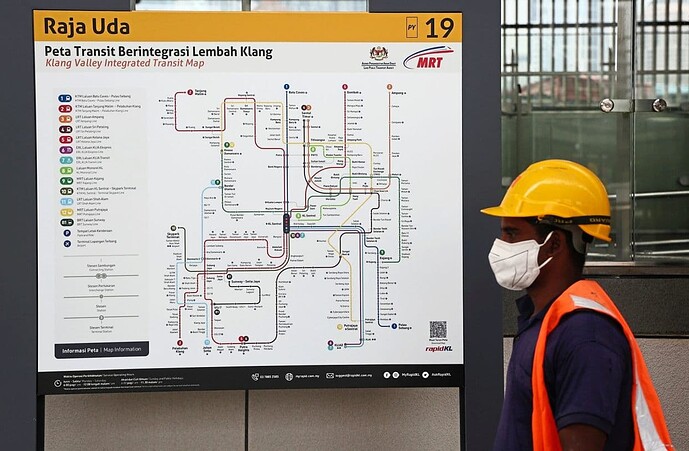 image1240×811 109 KB
PETALING JAYA: The MRT3 project should not be scaled down as its current circle design will improve the mobility and accessibility of the national public transportation system, say experts, whose views were echoed by users themselves.

“Countries that are far ahead of Malaysia in public transport like Singapore and the United Kingdom all have some form of circle line design around their city centre areas.

“This is because the circle design enables people to easily navigate short distances between the outskirt areas of the city without having to travel all the way to the central public transport hub.

“In addition to saving a lot of time, it also makes taking public transport much cheaper and a convenient alternative to driving as they will not have to deal with the issue of finding parking and paying expensive parking fees in busy areas,” he told The Star.

Prof Law was responding to concerns that the government might scale down the MRT3 project under the revised Budget 2023.

Prof Law, who is also head of the Road Safety Research Centre at UPM, said the MRT3 line could also potentially improve overall road safety and traffic in city centres as more people would be inclined to take public transport, resulting in less traffic on the road.

Galen Centre for Health & Social Policy chief executive Azrul Mohd Khalib said the proposed MRT3 line would be a great first step to reducing the over-dependence on cars in Kuala Lumpur and the Klang Valley by connecting current outlying areas to the public transport ecosystem.

“The MRT3 circle line is critical as it links areas such as Jalan Klang Lama, Mont Kiara and parts of Ampang and Cheras which currently do not have easy access to LRT/MRT lines.

“It can potentially increase the overall ridership and connectivity of those living in the suburbs with central Kuala Lumpur due to the cost-effective and less stressful nature of taking public transport compared with driving,” he said, adding that the line would be a great future-proof asset for the country.

Malaysia Road & Transportation Safety Association president Haji Nik Mohd Salim said the MRT3 line would provide those working in the city centre with more options to live in the city outskirts without needing to own a car to get to work.

“More of the less-fortunate will be able to work their dream jobs in the city centre while staying in lower-rental city outskirts as the proposed line will enable them to get to work without needing to get a car, which not only costs a lot but is also expensive to maintain,” he said.He said the proposed Pantai Dalam MRT station should be kept as it would become the key interstate exchange station for Pelabuhan Klang KTM users to easily transit to other parts of the public transportation network.

UCSI University’s student enrolment centre senior director Dr Katherine Poh said the new MRT3 line would be able to significantly reduce her daily travel time due to the increased interconnectivity it would provide.

“I live close to the Bandar Utama (BU) MRT station and frequently take the train to the Kajang MRT station for work, as well as other stations in KL to hang out with friends on weekends.

“The proposed line would make it much faster for me as I would no longer have to sit through the current 22 station stops from BU to Kajang and can instead take a shorter route through the MRT3 line, with almost half the number of stops at 13 between the same stations,” she said.

Poh, a public transport advocate and frequent user, also called for a more holistic approach on improving the safety and service quality of the stations themselves.

“I once helped an elderly man slowly walk across the station to the platform, during which not a single station worker offered to help despite there being a number of them sitting idly behind the counter – which shows the station staff members’ complete lack of social awareness and care.

“The connecting roads and walkways at new and existing stations need to also be well-maintained for the safety of public transport users as I have seen at various times, portions of walkways at a couple of stations that remained sunken for months before they were repaired,” she added.

A frequent user of the Sri Petaling LRT line, Muhammad Izanee, said the proposed MRT3 line would give him a much faster alternative compared with the current LRT route he takes to work every day, from Pusat Bandar Puchong to Masjid Jamek and finally KL Sentral station.

“The new line would allow me to cut out the long stretch from Sungai Besi to Masjid Jamek station which usually takes around 30-40 minutes alone due to the long distance.

“By interchanging between the proposed MRT3 and new Putrajaya line, I should be able to cut my travel time down by at least 10-15 minutes per trip,” he said, adding that he hoped more new rail lines for other fast growing areas like Cyberjaya would also be built in the future.