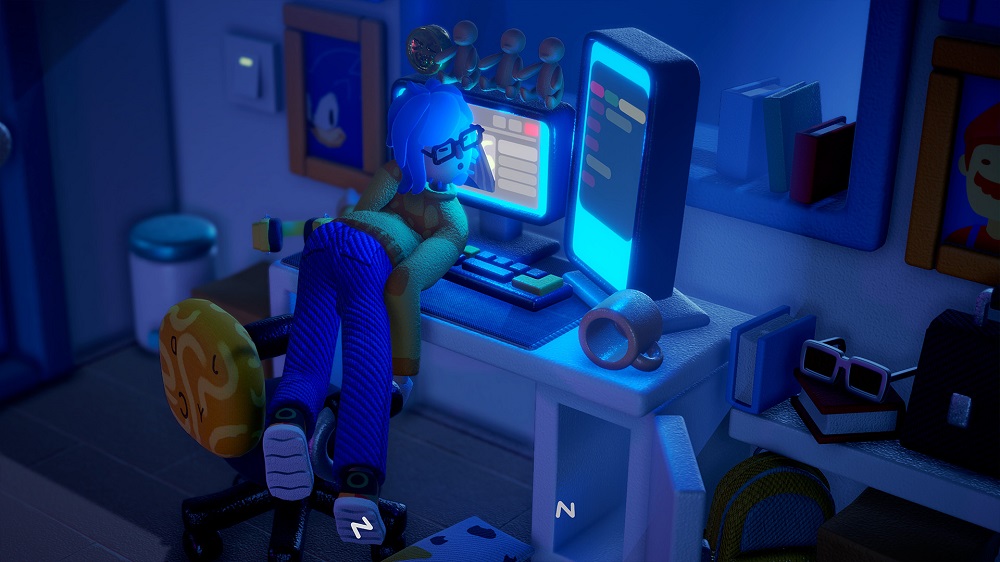 SHANGHAI, Oct 8 ― Chinese developer Candleman Games is working on a PC video game in which players step into the shoes of a very tired character who nevertheless goes about achieving all his daily tasks. The demo is available now for free download.

Could this be the world’s most exhausting game? Exhausted Man, developed by publisher Candleman Games, has just been showcased at the Steam Next Festival, which ends Thursday, October 7. As part of the event, formerly known to gamers as the Steam Game Festival, and running since the beginning of the month, many PC gamers have been able to test demos of video games in development.

In Exhausted Man, the Chinese publisher and developer plays with the laws of physics. The blue-haired character is extremely tired, refuses to sleep and performs all his daily tasks by crawling around. He wriggles and slides on the ground, his body weak and flaccid. And that’s the whole point of the game.

“Exhausted Man will participate in the Steam Next Festival from October 1 to 7 (even though he is exhausted). Try out the free demo and tell us your thoughts,” Candleman Games recently announced via its social media channels.

While the premise of this video game may sound surprising, it is, in fact, a sarcastic nod to our increasingly tired society, so busy outside the home that people can no longer effectively take care of their daily tasks. The release date of Exhausted Man is not yet known, but the demo is available for free download on Windows. Why not give it a try… if you’re not too tired. ― ETX Studio

Do you feel excited when play games or feel more exhausted?