Datuk Radzi: Allegations of RMT programme served only rice and gravy not true 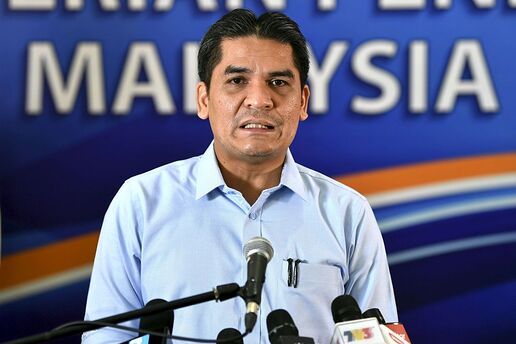 PETALING JAYA: Allegations that a student was served with just rice and gravy under the Supplementary Food Programme (RMT) in school turns out to be false, says Datuk Dr Radzi Jidin (pic).

The Education Minister said checks by the ministry showed that the meal was not served under the programme which provides free daily meals to needy students.

“A ministry representative went to the school to conduct a detailed investigation into the allegation that was circulated through a posting on Facebook.

“We found that the shared picture was not the food provided for RMT recipients at the school,” he said in a Facebook post on Thursday (Jan 20).

Radzi was commenting on a screenshot showing a packet of rice and gravy, supposedly given under the RMT, was brought back and shown to the student’s mother.

He said all meals under the programme are only consumed in schools.

"We are continuously working on improving the programme, including in the preparation of food and milk for recipients.

“Milk is now given to students every day starting this year,” he said.

The RMT was first implemented in 1979 to provide daily meals for poor students in schools.

It was improved in 2020 and has meals from over 20 menus prepared by school canteens based on recommendations from the Health Ministry.

Hope that this is just false news. If not it’s too pity