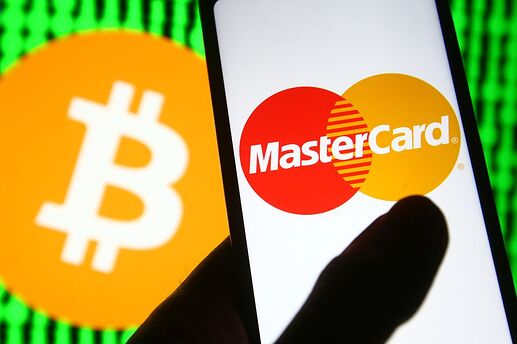 Mastercard has signed a deal with cryptocurrency firm Bakkt to make crypto options available to merchants and banks across its payments network, the company announced Monday. The news was first reported by CNBC.

Banks on Mastercard’s global payments network will be able to provide cryptocurrency rewards on credit and debit cards, for example, and reward points on purchases like airlines or hotels can be paid out in cryptocurrency. Consumers will be able to convert their crypto holdings to pay for purchases and hold digital assets through custodial wallets on Bakkt’s platform.

Mastercard said earlier this year it would start allowing its cardholders to conduct some transactions on specific cryptocurrencies on its network, and it said in July it was working with crypto and digital asset startups as part of its effort to make cryptocurrencies more widely used by consumers.

The deal with Bakkt, which began publicly trading on the New York Stock Exchange on October 18th, could significantly expand access to and adoption of cryptocurrencies; the company says there are presently more than 2.8 billion active Mastercards and more than 22,000 banks and financial institutions on its network.

“Together with Bakkt and grounded by our principled approach to innovation, we’ll not only empower our partners to offer a dynamic mix of digital assets options, but also deliver differentiated and relevant consumer experiences,” Sherri Haymond, executive vice president of digital partnerships at Mastercard, said in a statement.