Crowdfunding organised by Lawyers for Liberty(LFL) had reached RM40,000 to post bail for couple charged with insulting Islam 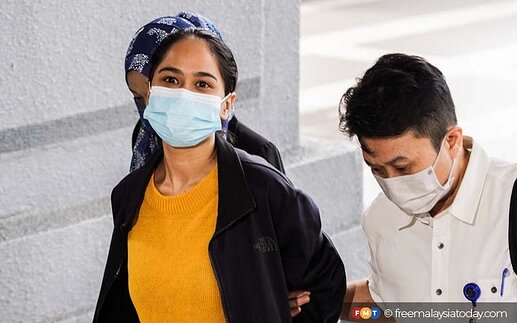 PETALING JAYA: Some RM40,000 has been raised for the woman charged with insulting Islam during a stand-up comedy performance and her partner, thanks to crowdfunding organised by rights group Lawyers for Liberty (LFL).

In a note to reporters, Siti Nuramira Abdullah’s lawyer, R Sivaraj, said donations had reached RM40,000 as of this morning, with any additional funds coming in to be sent back to the donors.

“Both their bailors will be going to the Petaling Jaya and Kuala Lumpur courts at about 11am,” he said.

However, he was unsure if Siti Nuramira and Alexander Navin Vijayachandran would be able to post bail today.

“If we’re past a certain hour, court staff could ask us to come back tomorrow to bail them out because of transport issues, given that they’re both in Beranang and Kuala Kubu Bharu (lock-ups).”

He thanked those who had donated money to post bail for the couple while they face their charges in court.

On Friday, Sivaraj had announced that LFL would be helping Siti Nuramira and Navin raise funds for their bail via crowdfunding using the rights group’s bank account.

Last Wednesday, Siti Nuramira pleaded not guilty to a charge under Section 298A of the Penal Code with causing disharmony among the Muslim community during her performance at the Crackhouse Comedy Club in Taman Tun Dr Ismail on June 4.

Sessions court judge Siti Aminah Ghazali granted her bail of RM20,000 in one surety and also warned her not to comment on the case.

On the same day, Navin, 38, pleaded not guilty to two counts of uploading insulting content on social media.

On the first count, he was accused of sharing a posting on his Instagram account on June 5 with the intention to insult other people.

Sessions court judge Azrul Darus allowed him bail of RM20,000 in one surety and fixed Sept 1 for case mention.

Do you think her actions in comedy performance bring sensitive issue among community? Why?