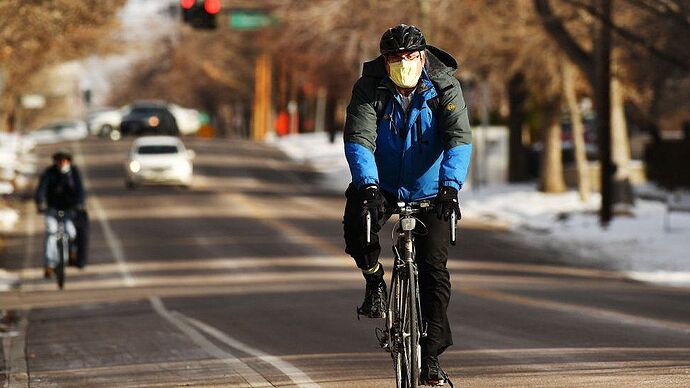 The first reported US case of the highly-infectious Covid-19 variant that emerged in the UK has been confirmed in the state of Colorado.

The patient, a man in his 20s with no recent travel history, is currently in isolation.

State health officials said they were working to identify contacts and other potential cases of the new variant.

It came as US President-elect Joe Biden criticised the Trump administration’s distribution of vaccines.

He said the programme was falling behind schedule.

The US has recorded more than 19 million infections and more than 337,000 deaths from coronavirus, the highest figures in the world.

The new variant is considerably more transmissible than previous strains but not necessarily any more dangerous for those infected, experts say.

US health officials said last week that they believed it was already in circulation in the country.

In a statement on Tuesday, Colorado governor Jared Polis said the infected patient was in isolation in Elbert County near Denver.

Public health officials were carrying out “a thorough investigation”, he said, and no infections had been discovered among close contacts so far.

Cases of the new variant have been appearing around the world. The first two known infections on the North American continent came to light in Canada at the weekend.

Two coronavirus vaccines - one by Moderna and one by Pfizer - are currently being distributed and administered across the US.

The government had aimed to vaccinate 20 million Americans by the end of December. But so far, only 2.1 million have received shots, according to the US Centers for Disease Control and Prevention (CDC).

President-elect Biden said the vaccine drive was the “greatest operational challenge we’ve ever faced as a nation”. 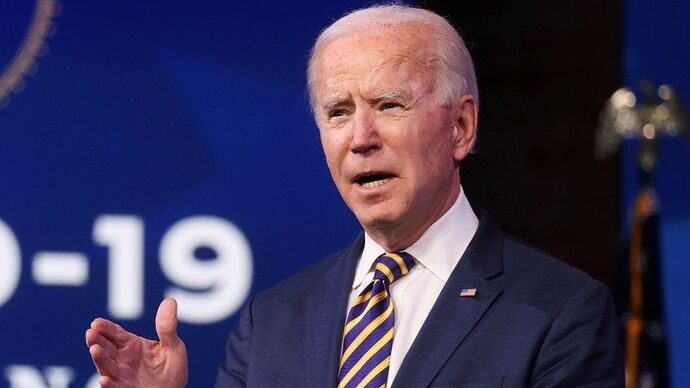 “The Trump administration’s plan to distribute vaccines is falling far behind,” Mr Biden said in a speech on Tuesday. “I’m going to move heaven and earth to get us going in the right direction.”

Responding to Mr Biden in a tweet, President Donald Trump said it was “up to the states to distribute the vaccines” once they had been delivered by the federal government.

“We have not only developed the vaccines, including putting up money to move the process along quickly, but gotten them to the states,” he wrote.

Mr Biden has pledged to vaccinate 100 million Americans during the first 100 days of his presidency when he takes office on 20 January.

To hit that target, the number of vaccines administered would have to be ramped up “five to six times the current pace to one million shots a day”, Mr Biden said. 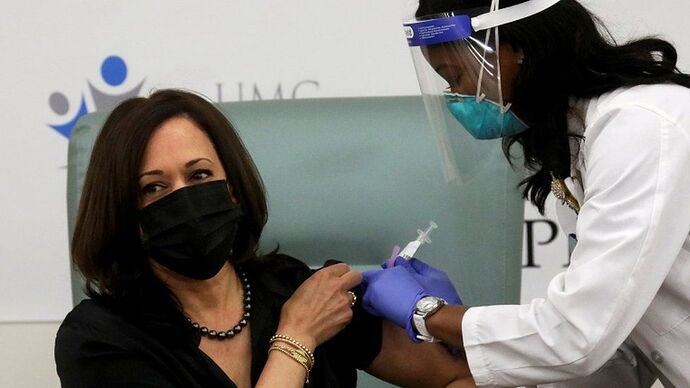 “Even with that improvement… it will still take months to have the majority of the United States’s population vaccinated,” he said.

Mr Biden said he would invoke a Korean War-era law to force private industry to step up vaccine production for the US government.

In the meantime, Mr Biden warned of a “tough period for our nation” in which “things are going to get worse before they get better”.

“Turning this around is going to take time,” Mr Biden said. “We might not see improvement until we’re well into March.” 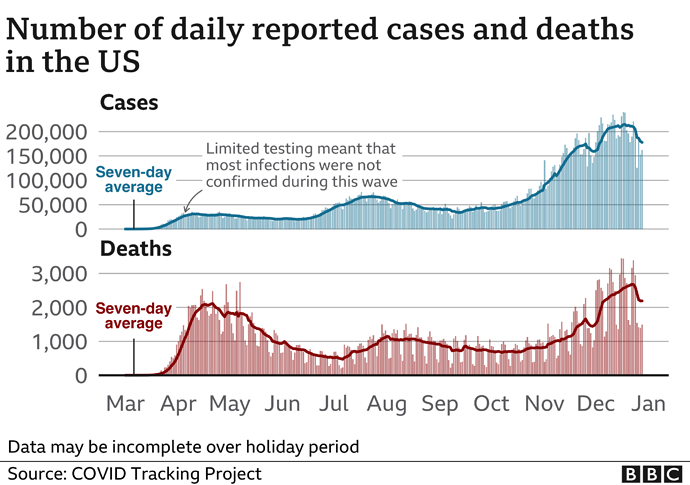 In other developments from the US: