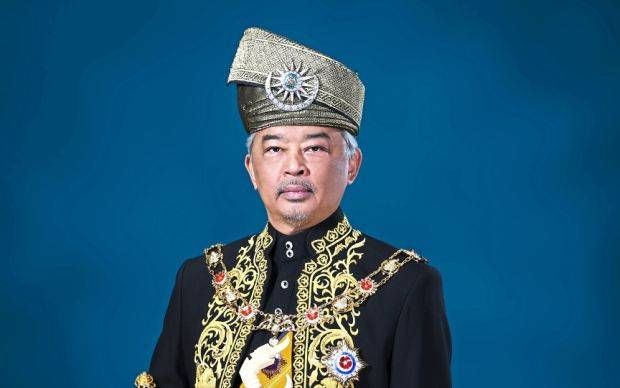 PETALING JAYA: The King has proclaimed a state of emergency nationwide from Tuesday (Jan 12) until Aug 1 as a proactive measure to contain the Covid-19 pandemic.

“Al-Sultan Abdullah is of the opinion that the transmission of Covid-19 is at a critical stage and there is a need for a declaration of the Proclamation of a State of Emergency under Article 150 of the Federal Constitution,” said Comptroller of the Royal Household of Istana Negara Datuk Ahmad Fadil Shamsuddin.

He said in a statement on Tuesday that the Yang di-Pertuan Agong decreed that the emergency be in force up to Aug 1 or earlier if the number of Covid-19 cases can be effectively controlled and brought down effectively.

Ahmad Fadil said that the proclamation was made for the safety of the people and in the interests of the nation.

“It is based on the Covid-19 statistics, especially the constraints faced by the logistics in facilities in states as was presented during the audiences,” said Ahmad Fadil.

Ahmad Fadil said that according to the statistics, patients have filled more than 70% of the beds in 15 Covid-19 hospitals.

He said that in the Klang Valley, the Kuala Lumpur General Hospital and University Malaya Medical Centre have reached 100% and Sungai Buloh Hospital is at 83%.

He added that the Yang di-Pertuan Agong made the proclamation after having consulted the Malay Rulers, top government agencies and the civil service.

“I urge the people to remain calm and strong to face this state of emergency and the movement control order for our own safety and interest,” said Ahmad Fadil.

He added that the Yang di-Pertuan Agong also consented to a government proposal to set up an independent committee comprising government and opposition MPs as well as health experts to manage the COVID-19 situation.

"This Independent Committee will make recommendations to His Majesty if it deems fit that the emergency can be withdrawn much earlier (than Aug 1), ” said Ahmad Fadil

“The King expressed his confidence that with the spirit and cooperation of the people as shown during the movement control order last year, we will once again be able to control the transmission of the Covid-19 effectively,” said Ahmad Fadil.

He added that the Yang di-Pertuan Agong expressed hope that the vaccine that will be received in the near future will further flatten the curve and cut the chain of Covid-19 transmission.

“He also takes this opportunity to express his highest appreciation to the frontliners who are risking their lives and working endlessly in carrying out their duties to fight the Covid-19 pandemic,” said Ahmad Fadil, stating that the KIng also urged everyone to pray for a speedy end to the pandemic and floods.

On Monday, Muhyiddin announced that six states will be put under a movement control order starting Wednesday (Jan 13).

In his address on Monday, Muhyiddin said Johor, Melaka, Selangor, Penang, Sabah and the Federal Territories of Kuala Lumpur, Putrajaya and Labuan will be under an MCO until Jan 26.

Muhyiddin added that a recovery MCO will be imposed in Perlis and most of Sarawak.

He also said that three districts in Sarawak - Kuching, Miri and Sibu - as well as Pahang, Perak, Negri Sembilan, Kedah, Terengganu and Kelantan will be under conditional MCO.

Source From: The Star