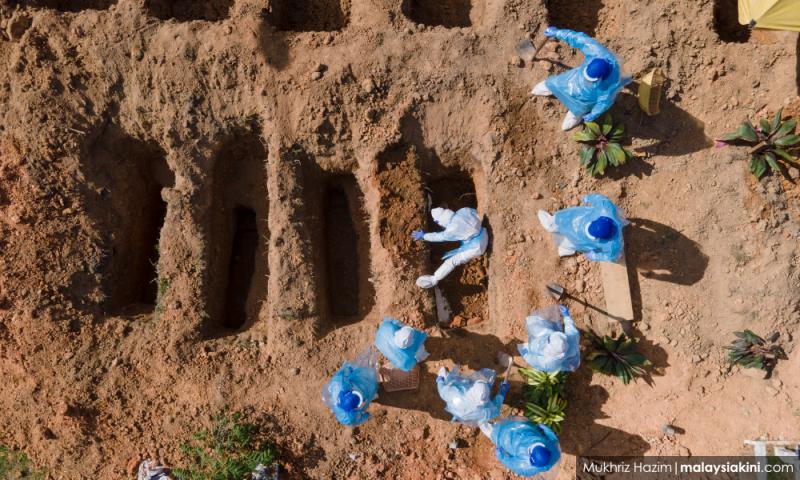 Malaysia has the highest number of deaths per capita in the Asean and East Asian regions with 913 deaths per one million population, and fourth-worst in Asia after Iran, Lebanon and Jordan – all in the Middle East.

From the newly reported deaths yesterday, 20.6 percent or 13 died before they could receive treatment at a hospital.

Selangor recorded the highest number of new deaths at 14, making up 22.2 percent of the newly reported fatalities.

No new deaths were reported in Perlis, Penang, Labuan and Putrajaya.

The remaining deaths occurred more than a week ago but were only recorded yesterday due to delays in data reporting.

An average of 57 Covid-19 deaths was reported daily in the last 30 days, compared to the seven-day average of 48, indicating a downtrend. 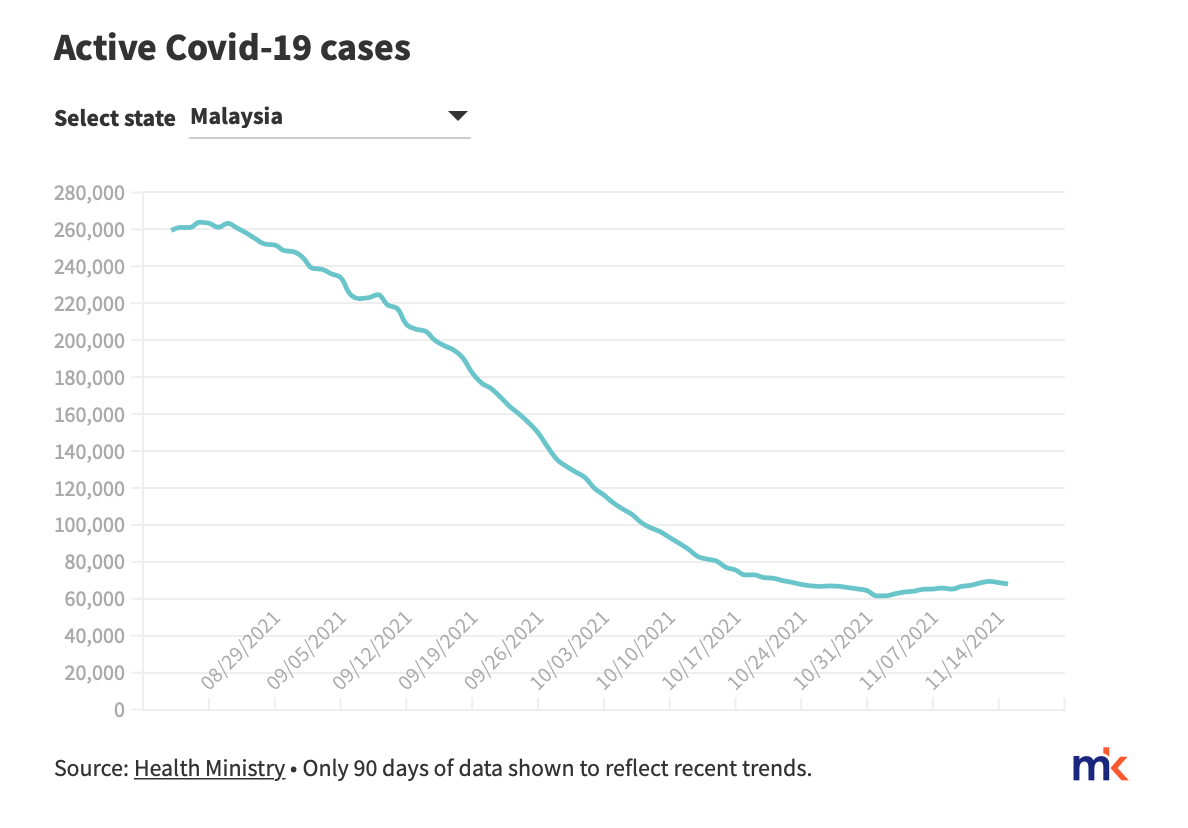 From the 4,885 new cases yesterday, a total of 228 of them could be traced to ongoing Covid-19 clusters.

Another 14 (6.1 percent) were from clusters linked to community transmissions.

The remaining cases were traced to clusters related to detention centres (3-1.3 percent) and high-risk groups such as old folks homes (2-0.9 percent).