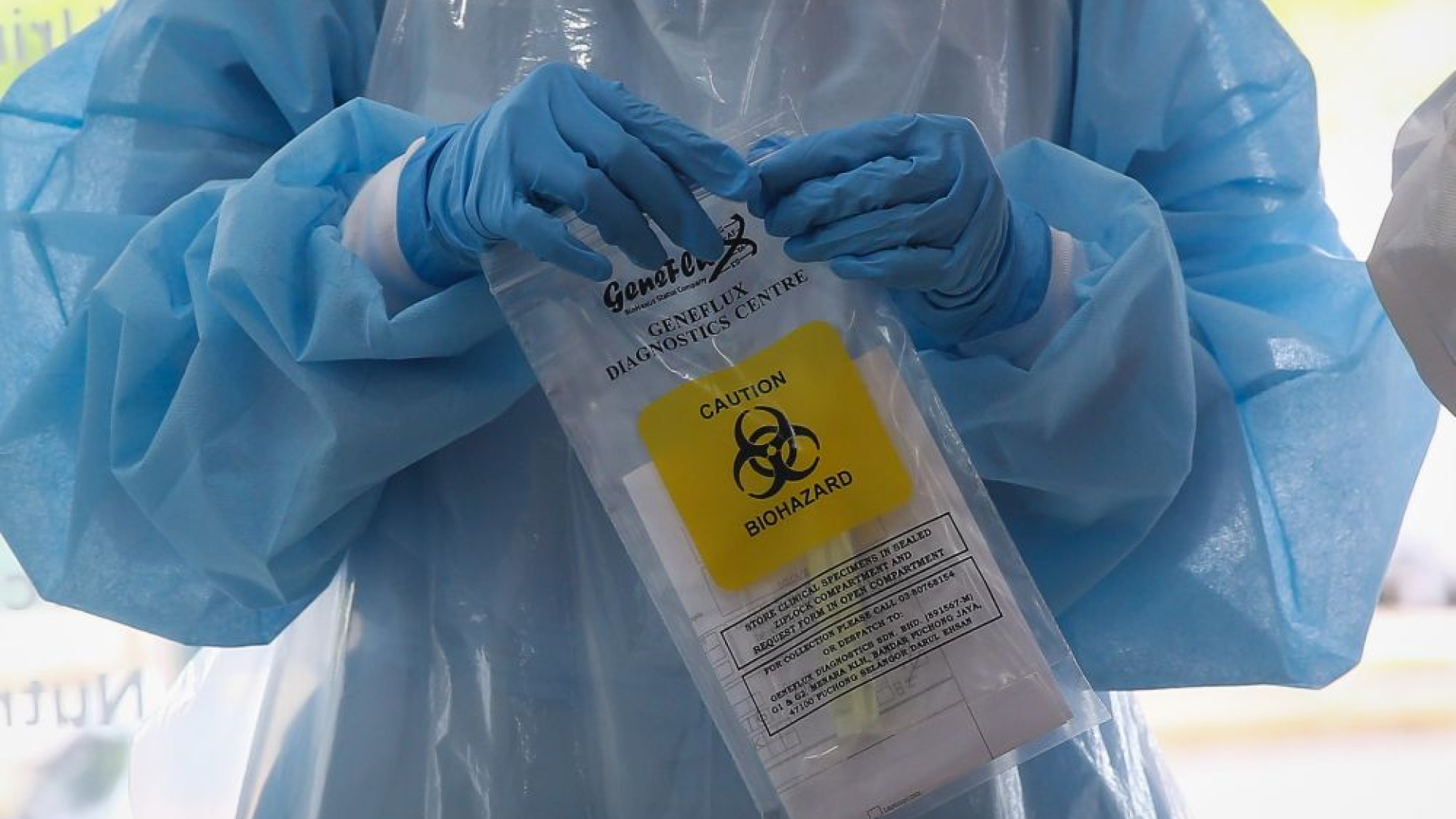 Malaysia recorded a drop in new Covid-19 cases as of noon today with 649 cases reported. — Picture by Hari Anggara

KUALA LUMPUR, Oct 29 — Malaysia recorded a drop in new Covid-19 cases as of noon today with 649 cases reported and no deaths for the first time since October 7.

He said Sabah still recorded the highest number of infections, with 352 cases.

“This is followed by Selangor with 132 cases, Negri Sembilan with 43 cases, Kedah with 37 cases, KL Federal Territory with 21 cases, Labuan with 17 cases, Penang with 13 cases, Johor with 10 cases, Sarawak with eight cases, Perak with five cases, and one case in Pahang, Melaka, and Terengganu respectively,” he said in a statement. 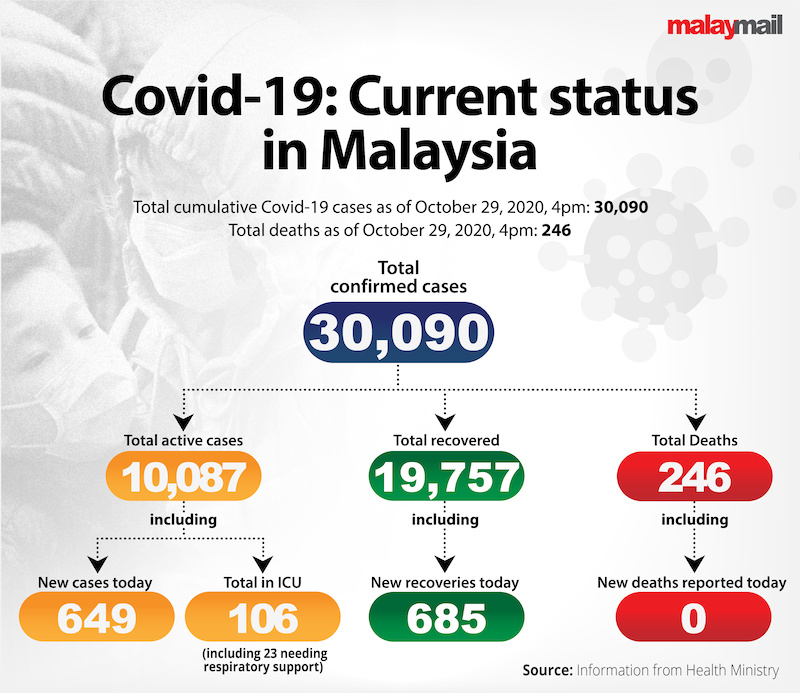 Dr Noor Hisham said of the 649 cases today, seven are imported in which the infection occurred abroad, involving two Malaysians and five foreigners.

“The cases include five from Indonesia, and one from India and the Philippines respectively,” he said.

“The highest number of recoveries according to state is also in Sabah with 458 cases, followed by Selangor with 94 cases, Kedah with 68 cases, Labuan with 18 cases, and Negri Sembilan with 15 cases.

Presently 106 cases are being treated in Intensive Care Units, with 23 requiring ventilators assistance.

The number of fatalities remains at 246 cases, or 0.8 per cent of all total Covid-19 cases in Malaysia.