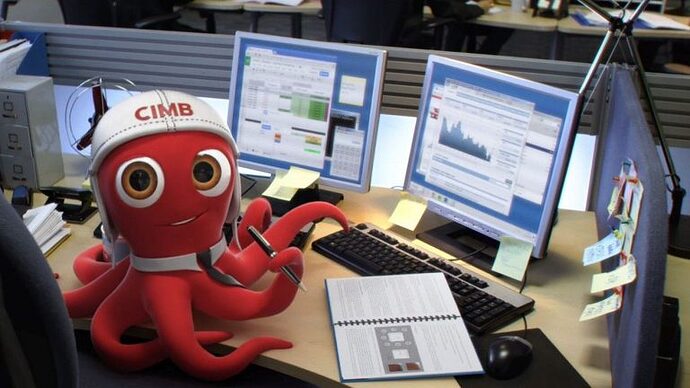 Can’t transfer funds on CIMB Clicks? You’re not alone. CIMB has confirmed that its Instant Transfer (IBFT) service is temporarily unavailable and it isn’t clear when the feature will be restored. 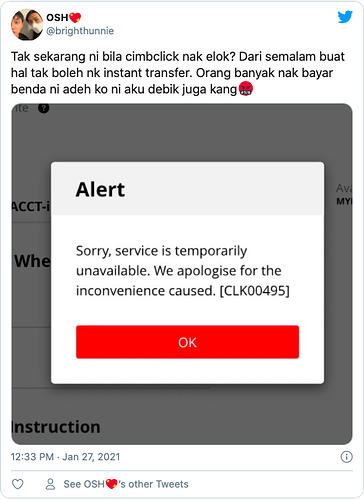 Several users have complained that they are unable to transfer funds and they were greeted with the message “Sorry, service is temporarily unavailable. We apologise for the inconvenience caused.” According to one of CIMB’s responses on Twitter, the CIMB Clicks platform is currently experiencing unusually high traffic today which impacts their customer’s experience.

It appears that some users had issues with Instant Transfer since a few days ago. CIMB has acknowledged the problem at 10:30am today and they urge customers to use Interbank GIRO (IBG) or DuitNow for the time being. Alternatively, you can also perform transfers via ATMs. 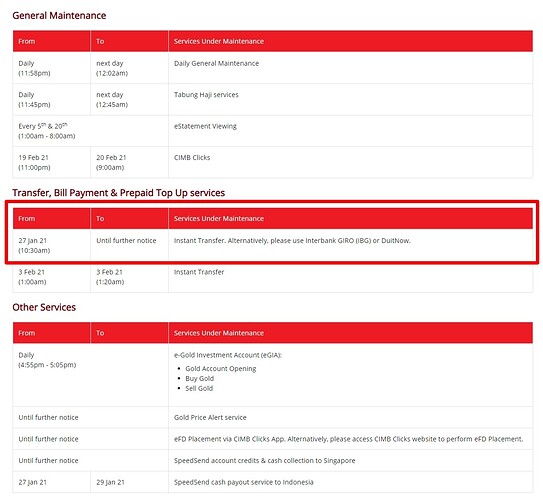 You usually use instant transfer or Interbank GIRO when make payment?