Chinese mother honoured for bringing her adoptive child as a Muslim 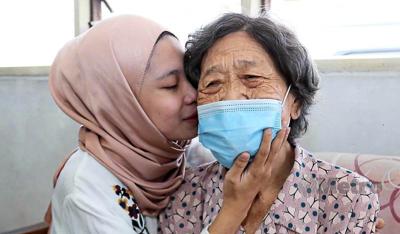 Chee, an 83-year-old non-Muslim, was chosen as an icon for her motherly love in raising her adopted daughter, Rohana Abdullah, as a Muslim.

The former kindergarten teacher, who was in a wheelchair, was praised for single-handedly looking after Rohana while ensuring she grew up as a practising Muslim.

Rohana, who is now 22, was reportedly abandoned at the age of two months by her biological mother, an Indonesian citizen who worked as a cleaner in the kindergarten where Chee was employed.

Rohana, once stateless, was also given citizenship in April this year after her case was taken up by Prime Minister Datuk Seri Ismail Sabri Yaakob.

Syed Zainal Abidin, who is Dagang Nexchange Bhd (DNeX) group managing director and PETRONAS vice-president, was once the Proton and Perodua CEO. He also holds various other posts in the corporate sector and NGOs.

The corporate figure was honoured for his contributions in various fields involving Muslim welfare and corporate fields.