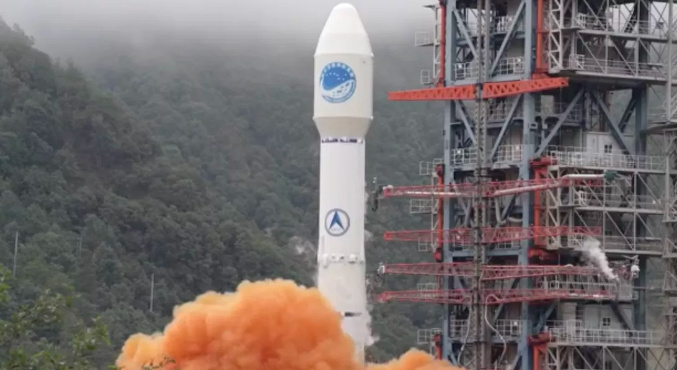 China successfully launched the final satellite of its Beidou navigation system into space on Tuesday. It’s Beijing’s answer to the US government-owned GPS and will help the country reduce its reliance on American technology.

The satellite launch took place shortly before 10 a.m. local time from the Xichang Satellite Launch Center in the country’s southwestern Sichuan province. The launch, which was broadcast live, was deemed a success after about 20 minutes.

China has been working on its own satellite navigation network for more than two decades. Beijing began developing Beidou, which means Big Dipper in Mandarin, in the mid 1990s as China’s military sought to wean off GPS that was run by the US Air Force. It offers another option to the US-owned GPS, Russia’s Glonass, the European Union’s Galileo and India’s NavIC.

This is the third iteration of Beidou, which promises to offer global navigation coverage and communication services after the first and second iterations provided coverage in China and the Asia Pacific region respectively. In fact, most phones made by Chinese companies including Huawei already offer support for Beidou.

China’s navigation network consists of 55 satellites total, including 30 satellites that are part of the third version of Beidou, according to state media outlet CGTN. Last year, China overtook the US’ satellite navigation system in size, putting into space more satellites than the original GPS system, which it had been working to emulate. A 2017 analysis by the US-China Economic and Security Review Commission estimates that Beijing will to spend up to to $10.6 billion on its satellite positioning system between 1994 to 2020.

News Source:China launches final Beidou satellite to complete its own version of GPS

There is another wave of space junk. Time to study recyclable rockets China