Brouhaha in Parliament after MP asks: Is the Health DG afraid to die? 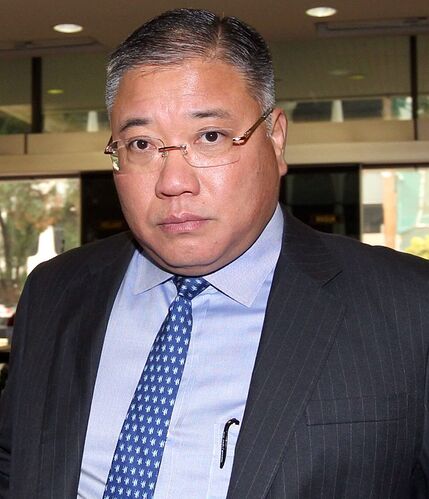 The shouting match saw emotional rebukes from Opposition MPs, and RSN Rayer (PH-Jelutong) was ejected by Deputy Speaker Datuk Seri Azalina Othman Said, who was visibly incensed after the DAP lawmaker refused to heed her calls to sit down.

Tiong (pic) had asked why Dr Noor Hisham did not go down to the ground in Sabah when Covid-19 cases were at an all-time-high in the state.

“Why didn’t he go down to the ground?

"For instance, in Kota Kinabalu now the situation is bad. Why didn’t he visit all the hospitals and the temporary hospitals?

“Only doctors and nurses were told to go. They are not afraid to die.

"But is the DG scared to die? Even his deputy did not go down, ” he said while debating the Supply Bill in Parliament on Wednesday (Nov 11).

Several Opposition MPs then stood up to protest, asking Tiong to retract his statement.

Rayer demanded that Tiong show some respect to Dr Noor Hisham, as he was a frontliner battling Covid-19.

Azalina then asked Rayer to sit down so that she could make a ruling on the matter.

However, Rayer refused to sit down and this eventually led to Azalina ejecting him from the House.

Ramkarpal Singh (PH-Bukit Gelugor) stood up to ask whether a ruling had been made so that the next course of action could be taken.

To this, Azalina said Tiong was allowed to either retract his statement or give an explanation to the House.

Tiong, in response, defiantly said he will not retract his remarks, claiming that he was merely expressing what the rakyat was saying.

“I did not curse him to death. I’m just asking why is he scared of dying, ” he argued.

Later at a press conference held by several Pakatan MPs, Rayer described Tiong’s remarks as undermining and insulting Dr Noor Hisham, whom he described as the main frontliner battling Covid-19.

“I’m disappointed and perplexed as to why Azalina did not demand a retraction and apology as she heard Tiong uttered those words numerous times, ” he said.

“Once again, I’m demanding Tiong apologise to Dr Noor Hisham and all frontliners, ” he added.