BigPay is offering a card upgrade from blue to red? It's a scam! 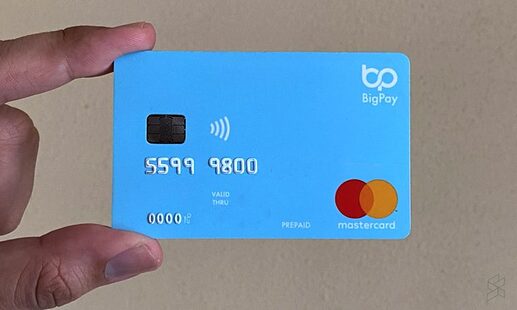 BigPay has just issued a security advisory about new tactics by scammers to gain access to user accounts. As reported previously, scammers are using various techniques to trick customers into giving their One Time Passwords (OTP).

Apart from the usual scam messages about winning a contest or attractive prizes, scammers are using a new method by offering a free BigPay card upgrade. The scammers will try to inform you that your blue BigPay card will be changed to red and they will need your personal details and OTP for verification. Some scammers would also try to fool customers that they are selected to receive an “upgraded” premium BigPay card. 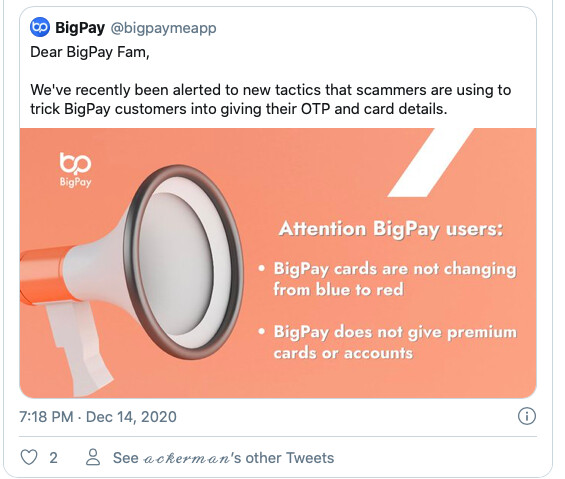 BigPay has clarified that these offers are not true and there’s no such thing as a red or premium BigPay card. They urge all card holders to be vigilant and not to share their OTP with anyone even if they claim to be from BigPay.

In most cases, the syndicates will try very hard to look legit by using BigPay logos as their profile photo. BigPay employees will never ask for customers’ OTP or PIN under any circumstances. If a stranger has your mobile number and OTP, they will be able to login to your account.

What can I do if receive scam call?

If you receive such calls or messages, you are urged to take a screenshot and report them to BigPay. You can contact BigPay by sending them a message from the app or drop them an email at [email protected].

BigPay has shared a blog post about the phishing attempts by scammers to trick BigPay users. They assured that their systems are secured and they have multiple authentication layers including PIN, OTP and Touch ID to keep your account safe. If you lose your physical card, you can always freeze the card instantly from the app.

If you do receive a scam call or message, BigPay suggests having a little bit of fun by messing around with these scammers. The more time you waste with them will reduce their chances of scamming more people, says BigPay in their blog.

Became a victim is pretty easy in a couple of minutes

. Therefore, stay alert about the new techniques used by scammers and never share your personal information with anyone.