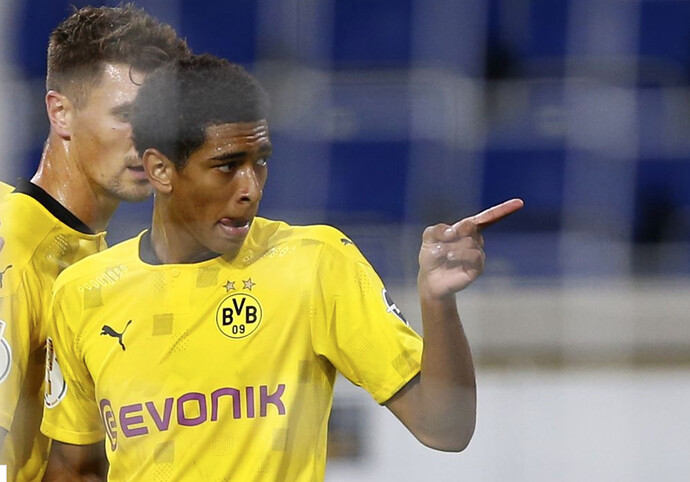 BERLIN, Sept 15 — Seventeen-year-old Jude Bellingham scored on his debut for Borussia Dortmund in a 5-0 victory over third division Duisburg in the first round of the German Cup on Monday.

Bellingham, who joined from Birmingham City in July, needed just 30 minutes to open his Dortmund account as he doubled the Bundesliga team’s lead after a penalty from Jadon Sancho.

Thorgan Hazard blasted in a free-kick to make it 3-0 when Duisburg defender Dominic Volkmer was sent off for bringing down Erling Haaland.

England Under-21 international Bellingham was withdrawn at half-time before fellow teenager Gio Reyna added a fourth for Dortmund from another set-piece.

Club captain Marco Reus made his first appearance since February following injury, netting within seconds of his introduction on the hour to cap the rout.

Schalke’s tie against Schweinfurt was postponed after a court ruled the fourth tier side should not be in the competition. — AFP