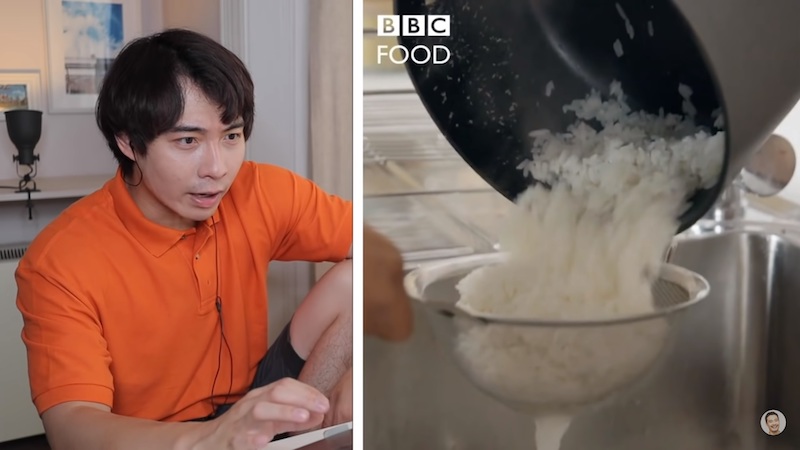 KUALA LUMPUR, July 24 — Loved for its simplicity and versatility, the main ingredient in fried rice is undoubtedly perfectly cooked grains of rice.

So when a BBC Food host used an eyebrow-raising method of cooking rice while making the beloved dish that’s found all over Asia, controversy ensued.

In a video published by award-winning presenter Hersha Patel back in April 2019, the cooking show host began her version of egg fried rice by cooking unwashed rice in a pot of water.

Before the rice is fully cooked, Patel then drains the rice with a strainer and rinses the grains under tap water.

Though the clip was uploaded over a year ago, it began resurfacing after UK-based Malaysian stand-up comedian Nigel Ng watched it and decided to kick up a fuss over Patel’s cooking methods.

In Chinese cuisine, fried rice is best made using cold, leftover rice to maintain the integrity of each grain.

Ng voiced his shock and confusion using his Uncle Roger alter ego in a YouTube video that lasted over seven minutes earlier this month.

The comedian began his reaction video by mocking Patel for telling viewers to not be afraid of the dish.

“Who’s afraid of egg fried rice? It’s the most common dish, everyone eats it,” Ng said in an exaggerated accent.

Patel then shocked him again by cooking rice grains that were unwashed straight in a pan.

“Now, the rice stinky like you! Where you learn how to make rice, some white people cooking school or something?”

The BBC host’s next step further riled up the comedian when she drained the half-cooked rice as though it was pasta.

“You’re killing me, draining rice in a colander,” Ng said, telling his viewers to invest in a rice cooker instead.

“Why are you running water through? You’re ruining the rice.

“First, you use (a) colander to drain the rice and then you put water then why bother drying the rice?

“Who cooks rice like this? How did this woman get on BBC Food?”

laugh die me. How can she cook rice without washing it?