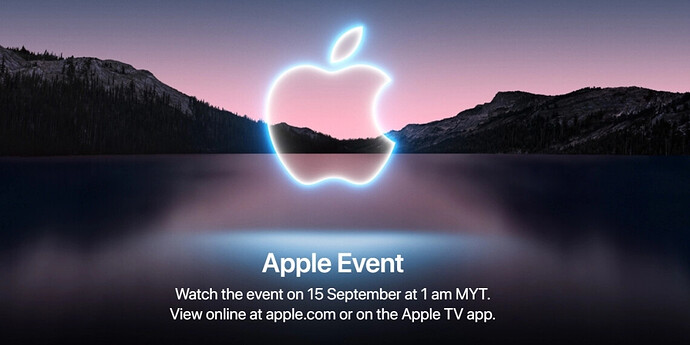 After weeks of speculation, Apple has finally confirmed that its upcoming iPhone event is happening next Wednesday. The Cupertino company is expected to introduce its latest iPhone 13 series which includes its top-of-the-line iPhone 13 Pro Max.

Besides the iPhone 13 lineup, Apple is also expected to announce its new Apple Watch Series 7 which will come with an all-new design. Based on leaks, the new Apple Watch will have a bigger body with 41mm and 45mm sizes, but it would likely be backward compatible with the existing watch bands. Due to purported production issues, the Apple Watch 7 is expected to ship much later in the year.

Going back to the iPhone 13 series, pre-orders are expected to be available in first-wave countries such as the US, UK, Australia and Singapore starting next Friday, 17th September 2021. Stocks are expected to be available the following Friday, 24th September 2021. It has been speculated that Apple will introduce a 1TB storage option for the iPhone 13 Pro series, making it the most expensive iPhone yet.

The question is, will Apple include Malaysia in the first wave launch countries? Last year, the iPhone 12 and iPhone 12 mini arrived in Malaysia 3 weeks after first wave countries. However, we got the iPhone 12 Pro and the 12 Pro Max on the same day as other first-wave countries like the US, UK, Australia and Singapore. More shall be revealed on next Wednesday’s keynote so stay tuned for the latest updates.