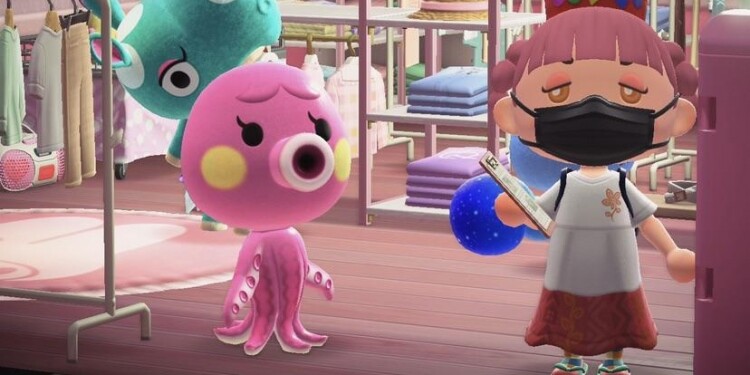 Avert your eyes if you know what’s good for you, but a recently discovered game glitch gets your beloved Animal Crossing: New Horizons villagers naked. The glitch occurs in the game’s new Happy Home Paradise DLC, which you can read a little more about in a previous article.

Besides the weirdly naked K.K. Slider, who appears in the game solely as a travelling pop star, your cute little villagers roam around in actual clothes. You, as a player, can also give them more clothes as gifts. After giving them clothes as gifts, you might be able to see them walking around with their new outfits.

The glitch reportedly appeared in the Happy Home Paradise DLC, where players will be able to “Get To Work” as vacation home designers for characters. Specifically, the glitch would appear in the game’s cafe, which is one of the facilities you can unlock and design on Lottie’s vacation islands.

There’s no further information on what would trigger it, or how to fix it. According to Polygon, they said that they’ve reached out to Nintendo for comment, but have yet to hear back from them.

But in any case, if your dirty minds are curious about what other villagers look like naked… I guess you can look no further. There are several posts by Twitter users reporting the same glitch. 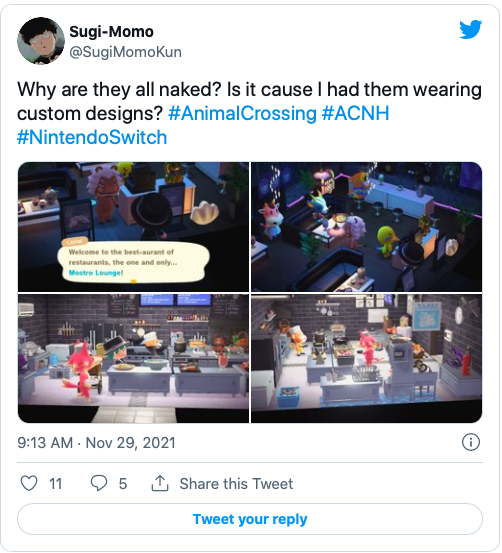 Twitter user @SugiMomoKun wondered that the glitch might have been triggered by them making their villagers wear custom clothes designs. Hopefully, Nintendo finds a fix for this fast but in any case, it’s a little bit funny that a glitch like this can happen. I’m just glad that most of them are at least covered in fur or feathers.

Its new DLC might be buggy, but there aren’t any huge complaints about Animal Crossing’s main game expansions. Some of the features are even extremely hilarious—like its fisheye lens.

What’s your opinion regarding this game glitch?