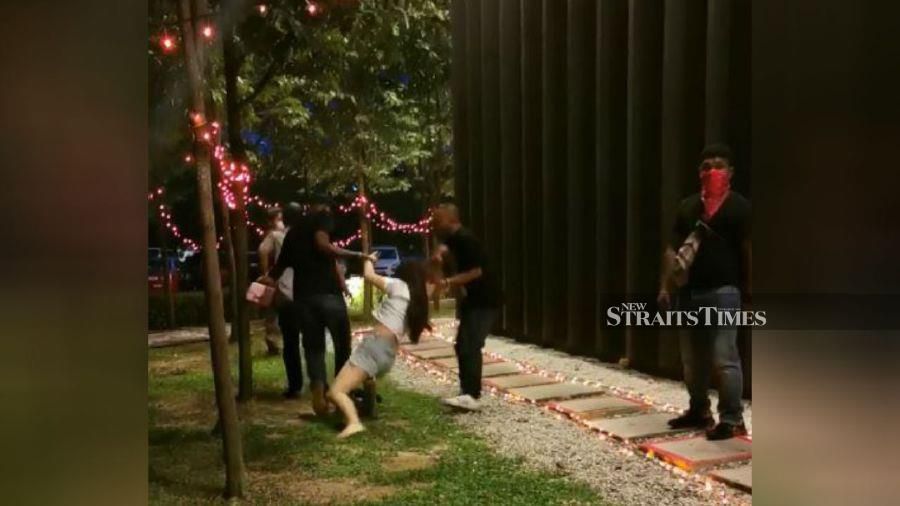 Ampang Jaya district deputy police chief Superintendent Mohd Azam Ismail said that in the incident, the 29-year-old victim was having a drink at a restaurant near the location at around 7pm.

"The woman was approached by three men, believed to be Malaysians, who introduced themselves as policemen. The men then grabbed the woman’s hands and pulled her towards a parking lot.

“The woman’s screams for help were heard by members of the public, who then rushed to help her,” he said in a statement today.

Mohd Azam said a 46-year-old man, who is also a police corporal, was detained by members of the public.

His two accomplices managed to escape.

"Checks showed that the man is a police corporal who was undergoing suspension from his duties.

“The victim reportedly lost RM5,000 in cash as well as several makeup items. She did not sustain any injuries,” he said.

Mohd Azam said police have already identified the two remaining suspects. Efforts, he said, are being made to track them down.

The case is being investigated under Section 395/397 of the Penal Code for gang robbery.

The suspect has been remanded from today until Aug 30.

Robberies are scary these days. They dare to grabbed people in public places