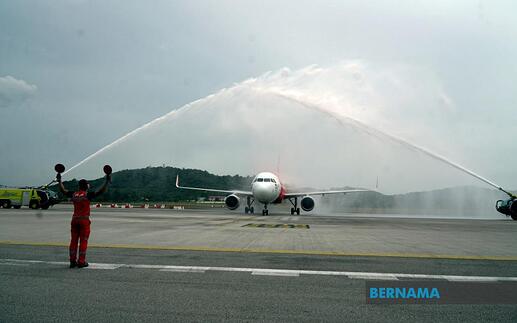 PUTRAJAYA, May 10 (Bernama) – AirAsia will provide feedback on consumer issues, including those related to flight delays and rescheduling, to the Ministry of Domestic Trade and Consumer Affairs (KPDNHEP) within 24 hours.

Its Minister Datuk Seri Alexander Nanta Linggi said after compiling consumers’ grievances and complaints on the issue of AirAsia flight delays, KPDNHEP had made a preliminary study in terms of consumer interests under the ministry’s purview and contacted AirAsia management for feedback.

He said that among the issues revolving around the interests of consumers highlighted in the initial engagement with AirAsia are flight delays, review of flight schedules up to more than six hours, as well as consumers’ eligibility for compensation in the event of flight delays.

“For the convenience of consumers, I ask AirAsia to provide a flow chart on the process of filing a formal complaint for compensation, subject to the guidelines set by Mavcom (Malaysian Aviation Commission) as the regulatory agency on the issue,” Nanta said in his latest tweet on his official Twitter account today.

He said although the aviation industry was under the purview of the Transport Ministry, he, as the minister dealing with consumer issues, will intervene if it was related to consumer rights.

“There is no ‘sembang kari’ (empty talks), conducting investigation upon investigation or just doing nothing in this issue. The interest of consumers is my responsibility as the KPDNHEP minister,” he said.

Nanta in a tweet on Twitter yesterday said KPDNHEP would conduct an investigation in the interest of consumers on the issue of delays and rescheduling of domestic flights involving AirAsia.

It was following grievances and complaints received from consumers regarding the issue of Air Asia flight delays to various destinations in the country which had been detected since the end of last month and was still ongoing.