According to Saravanan, the Socso insurance programme for housewives will begin on December 1 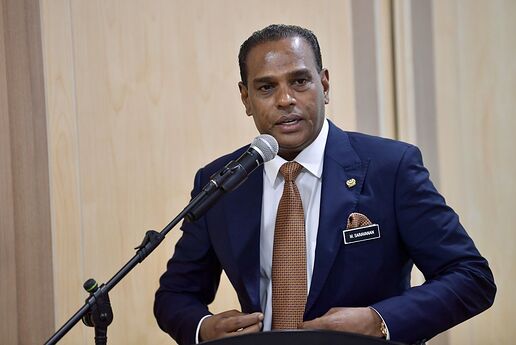 The Human Resources Minister said the scheme would be managed by the Social Security Organisation (Socso) and only provide coverage for housewives, for now.

'‘I call on all husbands and fathers to come forward, sign up and start contributing. ‘This is to show their love and that they care,’’ he said in a press conference at the HRD Corp here Wednesday (Aug 17).

On July 26, the Dewan Rakyat passed the Housewives Social Security Bill (HSS), which allows husbands to voluntarily contribute to the scheme for their wives who are below the age of 55.

The scheme offers insurance coverage of between RM300 and RM50,000, depending on the seriousness of the injuries sustained.

The government would allocate RM20mil to provide insurance coverage to 150,000 housewives from the B40 group for 10 months under the scheme and will seek further allocation from the Finance Ministry for the purpose.

''Traditionally, the men work and the wives take care of the family.

‘‘If the need arises, the ministry has no problem widening the coverage for men and fathers who take care of their families,’’ he said.