According to a nearby hotel, the authorities' regulations led to the non-halal "lift." 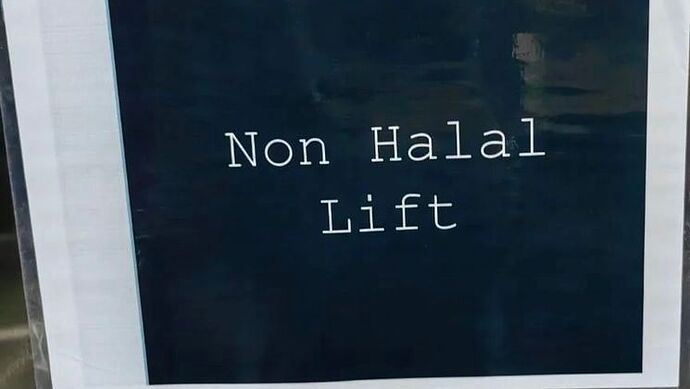 PETALING JAYA: A Kuala Lumpur hotel has designated a “non-halal lift” as it is used to carry non-halal goods and perishable items.

The hotel said that this is part of the requirement set by the authorities to ensure they receive their halal certification for the hotel’s back-of-house operations, such as the service lift.

It also stated that they have reworded the sign for better understanding by its patrons and guests.

The hotel said this in a response on social media to activist and lawyer Siti Kasim after she put up a post with a photo of the sign on a lift at the hotel.

In the post on Monday (Oct 3), Siti had asked the hotel to explain its rationale for the sign.

In 2013, a similar incident took place at another hotel in Petaling Jaya.

A signboard beside three lifts stated “this elevator is only for transporting halal goods only. For non-halal goods please use the staircase”.

The hotel, not wanting to vacate their long time Chinese restaurant tenant adhered to the Department of Islamic Development Malaysia (Jakim) ruling regarding the transportation of non-halal food as part of their licensing requirement for other outlets in the hotel.