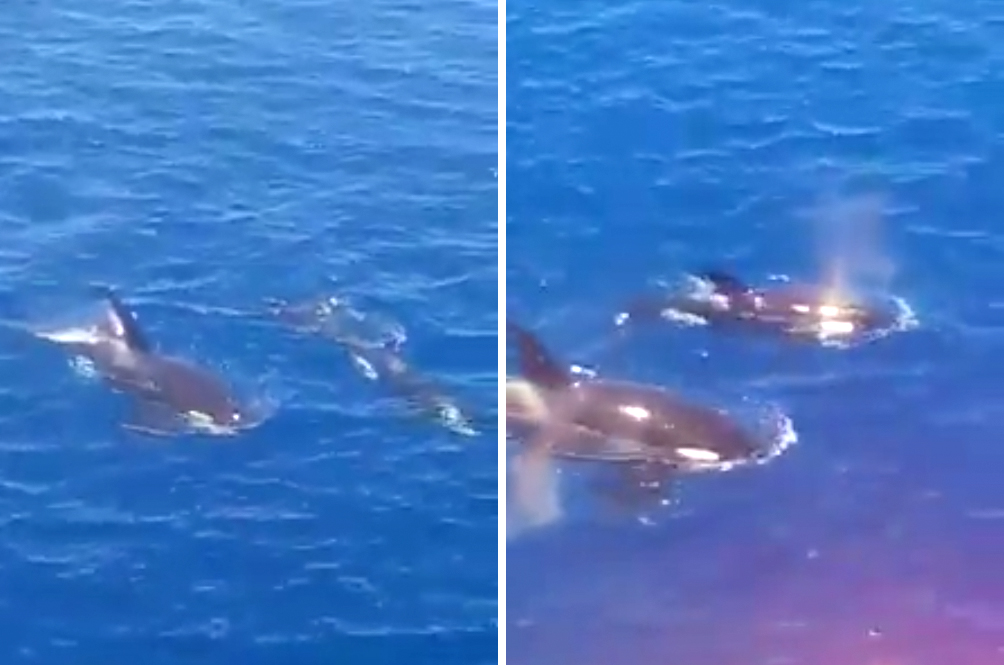 A pair of orca whales, or more commonly known as killer whales, have been spotted in Terengganu waters for the first time.

The Whales were spotted by a couple of Petronas employees near the Pelantar Dulang Petronas oil drilling platform in Kerteh, who proceeded to record the whales antics.

Based on records at the Rantau Abang FRI or the Malaysian Fisheries Department, the Orca Whale has never appeared in Terengganu and the date in 16 July 2019, is historic as it was the first time the mammal was seen in Terengganu waters.

“We believe the two marine mammals are a pair (male and female),” he said in a statement, adding that the whales are estimated to be between six to eight metres long and weigh between 5000 and 6000 kilogrammes each.

Mohd Tamimi Ali said as the species is protected, any sightings of it should be reported to the state or district fisheries office.