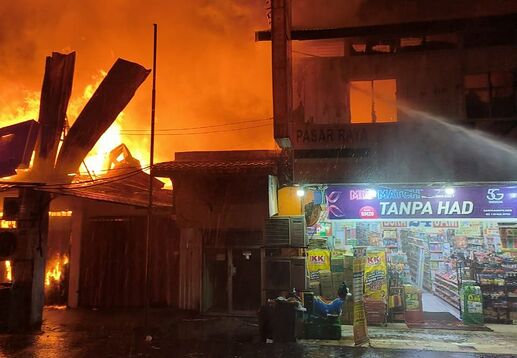 Selangor Fire and Rescue Department director Norazam Khamis said they received a call at around 4.15am on Monday (Oct 31).

"We dispatched three fire engines, two water tankers, a fire response vehicle and an aerial ladder platform vehicle from the Bandar Tun Hussein Onn, Bangi, Serdang and Section 7 fire stations along with 25 personnel to the scene.

“The fire was under control by 5.30am,” he said when contacted, and added that no one was injured in the blaze.

“The Fire and Rescue Department is still processing the scene and will be investigating the cause of the fire,” he said when contacted.