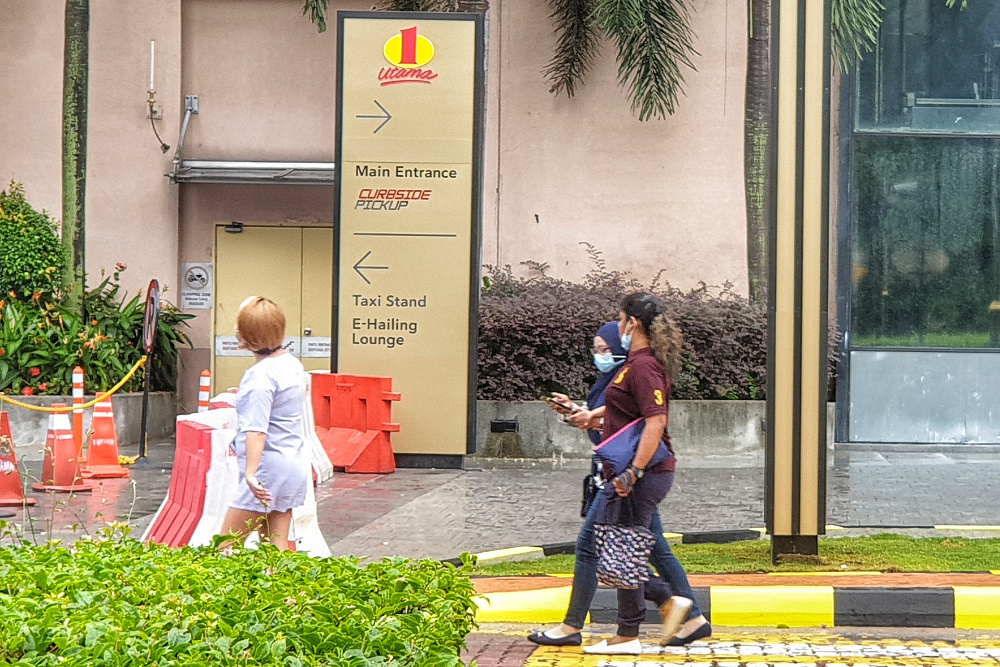 A general view of the 1 Utama shopping centre in Petaling Jaya October 11, 2020. — Picture by Ahmad Zamzahuri

KUALA LUMPUR, Oct 15 — The management of the 1 Utama shopping centre said an official report claiming 63 Covid-19 cases were detected from its mall was incorrect and misleading.

In a statement this morning, 1Utama said the 44 reportedly infected security guards were not part of the mass testing conducted by health authorities and the management after the centre was closed following the detection of Covid-19 cases there.

It asserted that only 21 positive Covid-19 results have been returned after around 6,000 tests were run on tenants and employees at the mall.

Yesterday, the Petaling District Disaster Management Committee (JBPD) issued a report to say that 63 cases including the guards were all traced to 1 Utama.

“We would like to hereby state that the 44 Covid-19 positive cases of security guards mentioned in the JBPD Petaling’s report DO NOT originate from 1 Utama and was not part of the 6,000 mass testing that we conducted.“They are in fact outsourced contract guards by a third-party service provider where Covid-19 was contracted through a dormitory and not within our premises.”

On Sunday, the Petaling JBPD directed 1 Utama and the nearby Tropicana Golf and Country Resort to close from October 11 for contact tracing and sanitisation after Covid-19 cases were confirmed at both locations.

The workers’ dormitory at Tropicana was also placed under an enhanced movement control order (EMCO), after which dozens of Covid-19 cases were detected there.

On its part, 1 Utama launched into what it described as an “unprecedented” mass screening for Covid-19 that it undertook to supplement official testing, at a cost of RM1.5 million and completed within 20 hours.

Today, the management insisted its confirmed cases were 22 patients, which included the 21 discovered during the mass testing and a security guard who tested positive earlier.

“When we were initially informed by the [Health Ministry] of one guard being positive through their testing, we removed all guards from his company for re-testing and to only re-deploy after cleared although all guards were tested when they were first assigned.”

Covid-19 cases have increasingly been emerging in major shopping centres in the Klang Valley, which have also been advised by the Health Ministry to close for seven days after confirmed infections in order for sanitisation efforts.

Malaysia’s Covid-19 situation has deteriorated rapidly since an anomalous spike on September 11, which has developed into a third and exponential wave of infections.