Updated SOP: Three people from same household can be in one car 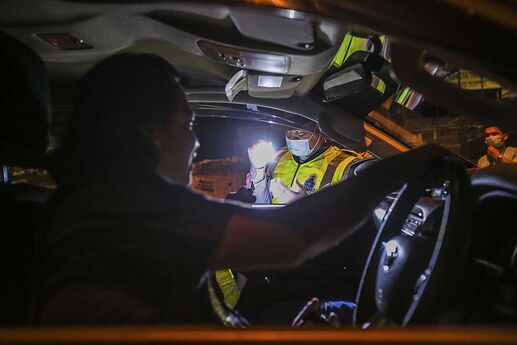 Ismail said the decision was reached after much consideration, as well as the fact that e-hailing rides and taxis have been allowed to ferry two passengers.

“Before this, we said only two people from the same household could be in one car at a time,” he said in his media briefing.

“But we have allowed the police to use their discretion in allowing special circumstances like bringing your elderly parents to the clinic for health emergencies, or for families with young children.”

He gave the example of a couple with a toddler, where ferrying the child along with the parents was unavoidable.

“But the police said it is hard to use their discretion, with many complaints to provide more leeway on the number of passengers allowed per car.

“So we allow three person [from each household], same as what we allow in e-hailing rides and taxis, where there are one driver and two passengers,” he added.

Over the past two days, Malaysians and politicians have lambasted the ruling mandating just two people in a car following the reintroduction of the conditional movement control order (CMCO) in most of the country.

Does this more reasonable? What do you think?