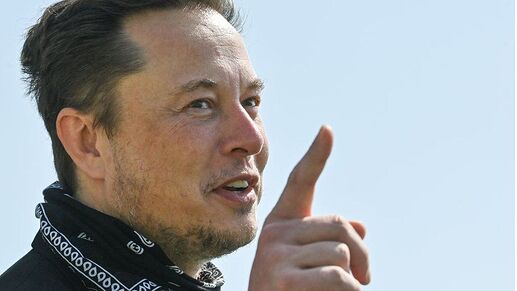 Elon Musk says no contract has been signed with Hertz after the rental car company announced a deal that led to Tesla’s market value surpassing $1 trillion.

However, Mr Musk tweeted: “I’d like to emphasize that no contract has been signed yet.”

Yet Hertz told the BBC: “Deliveries of the Teslas already have started.”

A spokeswoman said: “As we announced last week, Hertz has made an initial order of 100,000 Tesla electric vehicles and is investing in new EV (electric vehicle) charging infrastructure across the company’s global operations.”

Hertz refused to confirm if a contract had or had not been signed with Tesla in light of Mr Musk’s tweet, adding it did not discuss details of its business relationships or discussions.

The deal announced last week by Hertz with Tesla was the biggest-ever rental car order for electric vehicles.

It was reported Hertz would pay $4.2bn for 100,000 Model 3s over the next 14 months, which amounts to about a fifth of its fleet. The rental firm would also build a network of charging stations.

Hertz said that “beginning in early November and expanding through year end” customers would be able to rent a Tesla Model 3 at Hertz airport and neighbourhood locations at certain areas in the US and Europe.

But on Monday, Tesla boss Mr Musk tweeted: "Tesla has far more demand than production, therefore we will only sell cars to Hertz for the same margin as to consumers.

“Hertz deal has zero effect on our economics.”

Tesla became the fifth company to surpass a market value of $1 trillion on 25 October, behind Apple, Microsoft, Amazon and Google-owner Alphabet.

In response to a tweet about the Hertz deal on 25 October, Mr Musk said it was “strange that moved valuation, as Tesla is very much a production ramp problem, not a demand problem”.

He later added: “To be clear, cars sold to Hertz have no discount. Same price as to consumers.”

Tesla shares have been trading down more than 4% in pre-market trading in the US.

It is not the first time that Mr Musk’s tweets regarding his company have made the news.

And two years earlier, a tweet about Tesla’s future on the New York stock market led to regulators fining the company $20m and Mr Musk agreeing to have all further posts on the platform pre-screened by lawyers.

If Hertz’s deal has no effect to the market value, then what cause Tesla shares to rise?