SOP for Cheng Ming start from March 20 to April 18 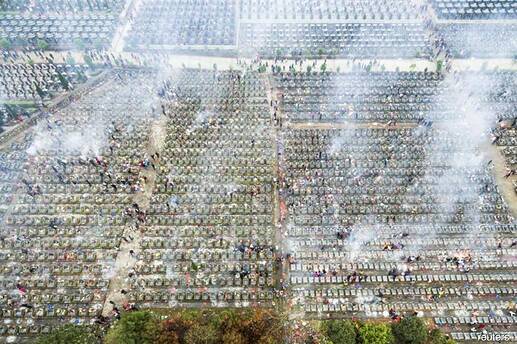 PUTRAJAYA (March 16): The standard operating procedures (SOPs) for the Cheng Beng or Qing Ming festival at cemeteries and columbariums that will be celebrated by the Chinese community on April 4, was approved today.

The National Unity Ministry (KPN), said in a statement today that the SOPs will apply 14 days before the actual festival date, which is March 20 to April 4; and 14 days after, from April 5 to April 18, throughout the duration of the Movement Control Order (MCO), Conditional MCO (CMCO) and Recovery MCO (RMCO).

For the SOPs at cemeteries, the number of close relatives should not be more than six people at any one time, while prayers should be conducted from 5am to 6pm, with a duration of 90 minutes.

Prayer times in MCO, CMCO and RMCO areas should be between 5am and 6pm, and the duration is limited to 60 minutes, with sanitisation work lasting 30 minutes in between. Interstate travel is still not allowed.

The Cheng Beng or Qing Ming festival is celebrated by the Chinese community who will hold prayers and clean the graves of their ancestors, as a sign of respect and to honour their deceased relatives.

Beginning March 19 until March 31, Kedah (except Kuala Muda and Kulim, which are under CMCO), Perak and Negeri Sembilan (except for Seremban, which is under CMCO) will change status to RMCO; while Selangor, Kuala Lumpur, Johor, Penang and Kelantan will remain under CMCO. Sarawak will come under CMCO from March 16 to March 29.