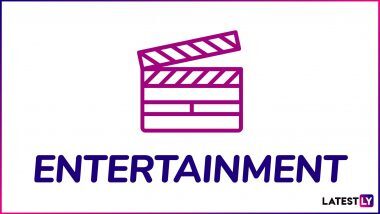 
The Shanghai International Film Festival, which was officially confirmed this week as going ahead, has announced some of the first titles to be selected.

According to Variety, the festival will run from 25 July to August 2 combining a mixture of theatrical screenings in front of live audiences, outdoor screenings and online streaming. It will include a conference series known as the Golden Goblet Forum, its International Film and TV Market, a Belt and Road Film Week, and the SIFF project market.

Cinemas in China will only begin to operate from Monday (20 July). The festival will be expected to play its part in minimising the spread of COVID-19. There will be no festival guests from overseas and tickets will only be sold online, starting from July 20 through vendor Taopiaopiao.

The first nine titles announced for the Golden Goblet competition section include: ‘Feel Your Memories,’ from Italian director Cristina Comencini; ‘Helene,’ a biopic about Finnish painter Helene Schjerfbeck directed by Antti Jokinen, and whose streaming rights in China were recently acquired by Hugoeast; Japanese drama about two youngsters ‘One Summer Story,’ directed by Shuichi Okita; ‘Icarus. The Legend of Mietek Kosz,’ an award-winning tragedy drama about a jazz pianist, directed by Maciej Pieprzyca; Argentinian title ‘Island of Lies,’ directed by Paula Cons; another Argentinian title ‘Ciegos,’ a coming of age story in which a 13-year-old boy makes a journey with his blind father; and Greek-German co-production ‘All The Pretty Little Horses’ by Michalis Konstantatos.

So far, the competition section includes two titles from China: ‘Back to the Wharf,’ directed by Li Xiaofeng; and ‘The Reunions,’ by Da Peng.