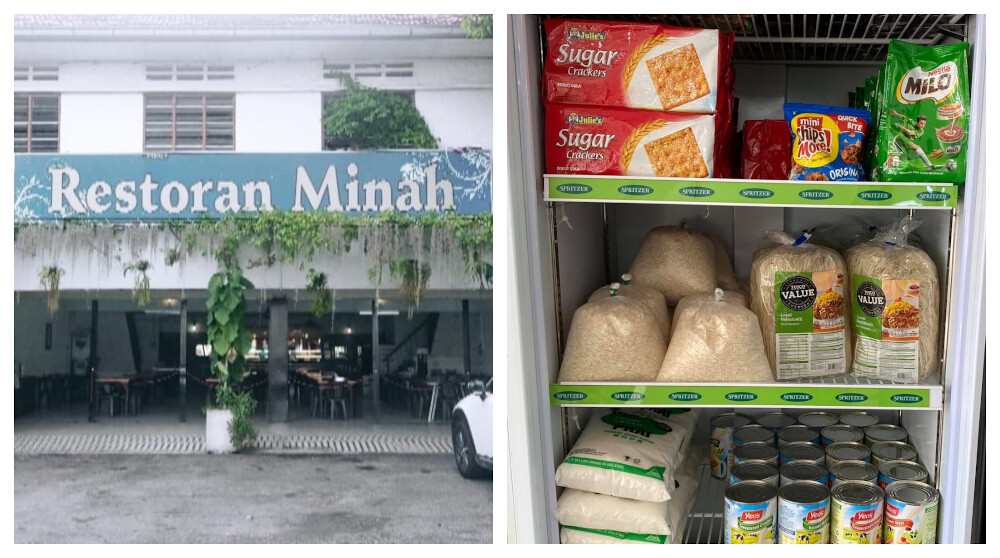 PETALING JAYA, Nov 27 — Popular food outlet Restoran Minah in Penang has opened its doors to those in need of filling their stomachs by having a food bank corner.
The Malay restaurant famous for its fish head curry and signature fried chicken has dedicated a food bank corner for anyone in need especially amid the Covid-19 pandemic.

The owner’s son Ahmad Danial Muhammad Noor, 34, who works in the restaurant, told Malay Mail that the initiative only started last week and has seen many elderly people collecting the food items.

“Most of the recipients are elderly, disabled and single mothers who have collected dry food items such as rice, oil, canned food and drinks.

“It is also easier to store dry food items in the fridge as many of them can be stored for days.”

Ahmad Daniel added that many elderly people went to his shop asking whether they can be hired as waiters in his restaurant but had to reject them as the restaurant was also struggling financially amid the pandemic.

“My father and I, together with our workers have been fortunate that our restaurant is still operating — and we have food every day on the table.

“But not many share the same plight as us — and that was when it hit me that I needed to do something to help.”

The 30-year-old shared that initially, he sponsored the dry food items and kept it in a fridge in his restaurant where it would be accessible for anyone.

“Eventually my friends and others came to know about my initiative and donated food items and some even handed me cash so that I could buy the food items.

“One of my friends who works in a non-governmental organisation, and she knows people in need and has been asking them to come to my restaurant where the food bank is located,” he said.

What do you think is the best ways to help people in need?