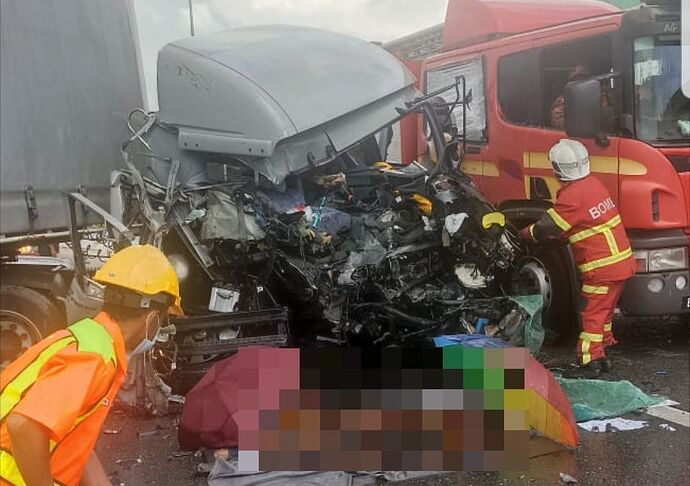 SEREMBAN: A 43-year-old lorry driver was killed in an accident involving five vehicles along KM280 of the North-South Expressway here.

A Fire and Rescue Department spokesman said two trailer lorries, two cars and a motorcycle were involved in the accident near Nilai on Friday (Nov 11).

He said four others, two men and two women, suffered injuries while one person escaped unhurt.

The accident, which occurred along the southbound lane, caused traffic to come to a standstill.

The lane was almost completely blocked by one lorry and two of the cars involved in the accident.

Clips of the accident went viral with motorists heading south being advised to avoid the stretch.

In one of the clips, a trailer lorry resembling one of the two involved in the accident is seen heading north.

However, the driver suddenly loses control of the lorry, causing it to plough through the guardrail and collide with vehicles in the southbound lane.

The Malaysian Highway Authority in a tweet also advised motorists to use alternative routes as the southbound lanes were completely blocked.

It said the accident also caused a 5km-long traffic jam.