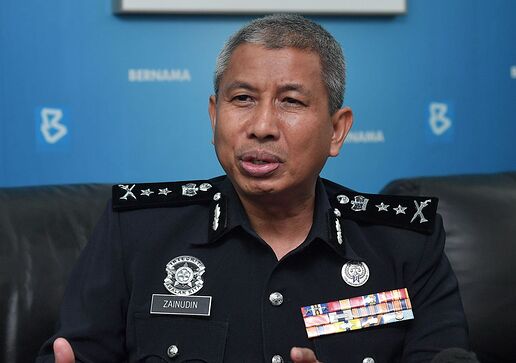 KUALA LUMPUR (Bernama): The Royal Malaysia Police (PDRM) have detected a rather disgusting and dirty method to produce drugs, including using mushroom derived from cow dung.

"The cow dung produces mushrooms and will be processed… this type of drug will make those taking them hallucinate.

"Urine test conducted on those who take this drug will turn out positive,” he told Bernama after appearing as a guest on Bernama TV’s Ruang Bicara programme on Monday (April 5) night.

DCP Zainudin said although the drug was not widely used and less popular in the local market, the police were still cautious about the current drug demand.

He explained that the demand for cannabis, syabu and heroin was still very high.

Meanwhile, commenting on the latest drug trafficking trends during the Covid-19 pandemic, DCP Zainudin said the syndicates were more active in using e-hailing, courier and e-commerce services to carry out their activities.

According to him, from March 18 last year till yesterday, his department made 156 arrests involving deliverymen and recipients via e-hailing (40 arrests), courier (100) and e-commerce (16).

"We work together with courier service companies and the companies will report if there is any information about any suspicious items,” he said. - Bernama

Maybe individual that consume do not know the source so they just take it.