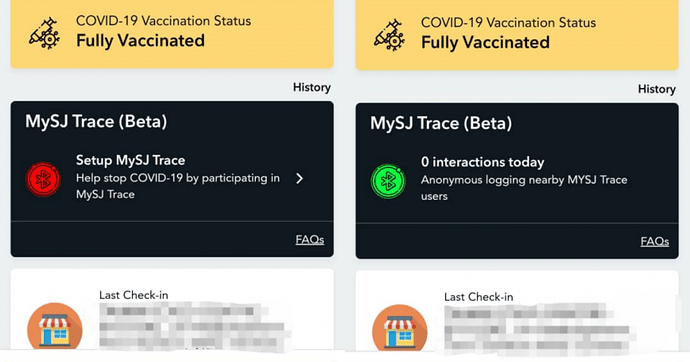 MySJ Trace is a tracking application that uses a community-driven format to allow facilities to exchange information with facilities that have detected the same MySejahtera application installed in their vicinity.

The availability of this feature will help identify if the contacted user is a close contact of a confirmed coronary patient.

MySejahtera and MySJ Trace are both applications developed by the Ministry of Health to control new coronary outbreaks. The former provides users with the ability to quickly complete a health self-assessment and allows the Ministry to monitor the health of users and take timely treatment initiatives.

MySJ Trace, on the other hand, completes the MySejahtera application’s surveillance function by detecting and tracking the close contacts of confirmed NCC patients.

MySJ Trace, as mentioned in the Frequently Asked Questions (FAQ), was developed in collaboration with strategic government agencies, including the Ministry of Science, Technology and Innovation (MOSTI), the Ministry of Health, the Prime Minister’s Department Administrative Modernization and Management Unit (MAMPU) and the Malaysian Institute of Microelectronics Systems (MIMOS).

MySJ Trace exchanges messages between devices installed with the MySejahtera application and the information collected is documented by Ministry of Health officials.

The information collected includes the unique user account number (UUID) generated by the application, the operating system version of the phone (e.g. Android or IOS, etc.), the contact time and the received signal strength indication (RSSI).

Both MySejahtera and MySJ Trace are developed by the government and the collection and use of user data is guaranteed to be handled in accordance with the government’s data security standards.

Once a user is identified as a confirmed coronary patient, a process is triggered whereby the data from the smartphone is transmitted to a secure digital repository managed by the Ministry of Health.

Contact Tracing is a personal identification process for those who may have had close contact with a newly diagnosed person.

This process allows the Ministry of Health to further track down and contact the person of interest, and to develop follow-up actions.

If a person becomes a close contact of a confirmed coronary patient, he or she will be notified by SMS or the MySejahtera app.

MySJ Trace supports smartphones with Android version 8 or higher and IOS version 10 or higher. IOS systems need to ensure that the phone is always active so that the app is in the foreground.

Unlike Bluetooth headsets and Bluetooth players, MySJ Trace only uses Bluetooth settings when transferring data, so users can be assured that its low power consumption will not affect the performance of their phone when connected to a Bluetooth headset or player.

Users simply open the MySejahtera application and after the automatic update, a new MySJ Trace section will be added to the interface between Vaccination Status and Check-in with white text on a black background.