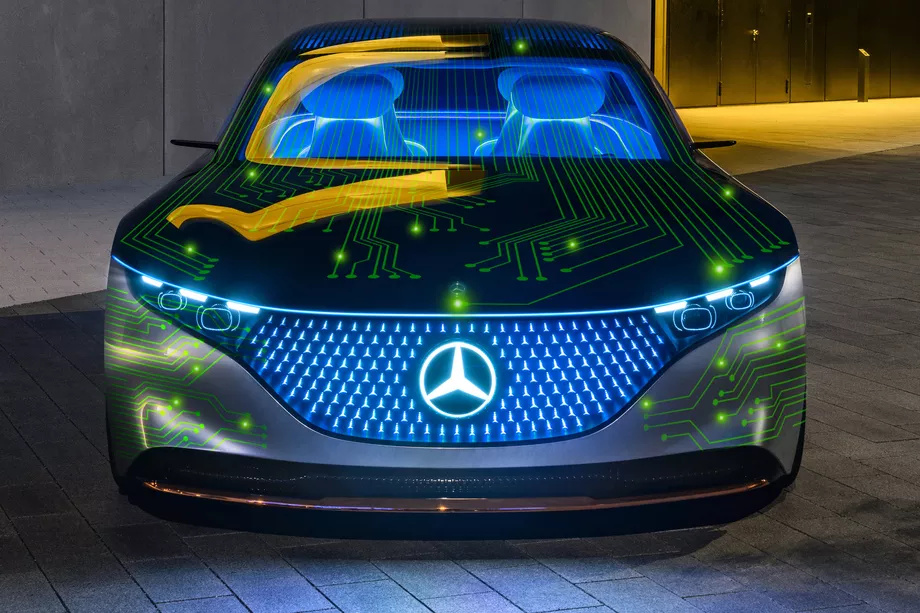 Mercedes-Benz is teaming up with Nvidia to develop a next-generation computing platform for vehicles that will support everything from over-the-air software updates to automated driving. The German automaker said it plans to begin rolling out the new technology across its fleet starting in 2024.

The new platform will be based on Nvidia’s system-on-a-chip Orin technology and will also use the San Jose-based company’s full Drive AGX software stack. Nvidia first unveiled Orin at CES in December 2019, and aside from top-line specifications such as the ability to deliver up to 200 trillion operations per second while using less power, the company has yet to provide any further details.

The new platform includes a full system software stack that can support a variety of automated driving applications, including advanced driver assist systems like Tesla’s Autopilot and Cadillac’s Super Cruise, as well as driverless parking functions like Tesla’s Smart Summon.

It will also enable smartphone-style over-the-air software updates on all Mercedes vehicles starting in four years. Legacy automakers have struggled to catch up to Tesla, which has long been the leader in shipping over-the-air (OTA) updates to its customers to change everything from its Autopilot driver assistance system to the range of its electric vehicles. It’s similar to how Apple or Samsung, for example, can update or repair the software on a smartphone. 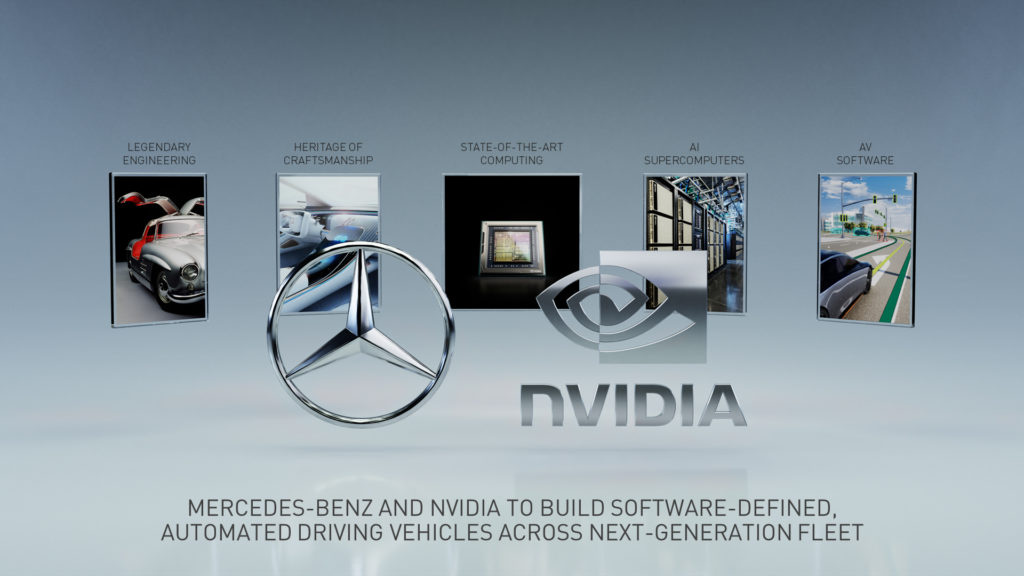 Nvidia’s Drive system can track a driver’s head and eyes to assess when they’re paying attention to the road, and it can monitor blink frequency to assess drowsiness. Depending on a manufacturer’s preferences, Nvidia says the system can alert the driver using audio, visual, or haptic warnings to return their focus to the road. Drive IX can also monitor the environment outside the vehicle. If a driver is about to exit the vehicle without looking as a bicyclist approaches alongside, Nvidia says Drive IX provides an alert or physically prevents the door from opening until the bicyclist has safely passed.

GM was one of the first major automakers to introduce an OTA system after Tesla. Ford said recently it would start rolling out software updates for its 2020 models. Now Daimler is ready to join the fray.

“By downloading new functions and upgrades from the cloud, we want to continuously bring the system up to date, thereby increasing the value of the vehicle,” Daimler CEO Ola Källenius said on Tuesday in a joint statement with Nvidia.

The announcement is coming on the heels of the news that Mercedes’ parent company Daimler and BMW were ending their automated driving partnership — a fact that didn’t escape some industry analysts. The two German auto giants announced in early 2019 plans to spend over $1 billion on a joint mobility effort that spans autonomous cars, ride-hailing, electric scooters, car-sharing, and electric car charging. But this week, the two companies said the autonomous vehicle portion of the alliance would be put on hold. 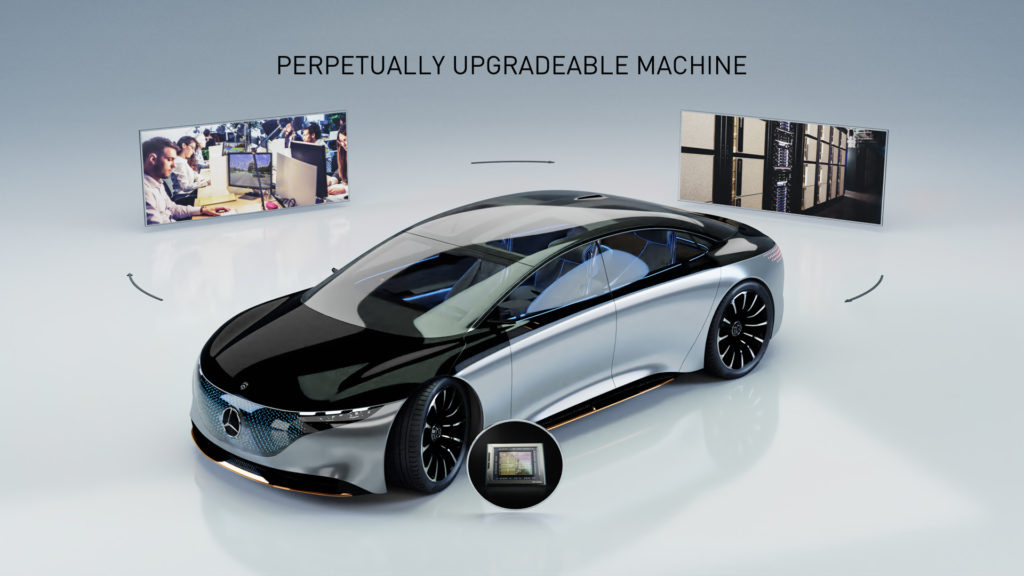 According to Auto News , Daimler said the BMW cooperation would have meant Mercedes would not be able to use the technology as quickly as it should be able to now with Nvidia.

“I think it’s no coincidence,” said Sam Abuelsamid, principal analyst at Guidehouse, on the timing of the announcement. “I suspect that the two automakers couldn’t agree on a platform to use and right now, Orin looks like a much more powerful solution than anything coming from Intel/Mobileye.” (BMW is part of a super group, which includes Intel, Mobileye, and Fiat Chrysler, that is working on the development of semi-autonomous and fully autonomous technologies for production vehicles.)

Abuelsamid noted that it’s unclear how well the Nvidia software stack will perform compared to other solutions. “Nvidia is very focused on neural network software,” he said, “and most of the industry [is] shifting back to a mix of deterministic and probabilistic (AI) algorithms.”

Nvidia, one of the world’s best known manufacturers of computer graphics cards, has for several years been engaged in a high-stakes venture to build the “brains” that power self-driving cars in the hopes of selling them to major automakers like Volvo, Volkswagen, and Daimler. The Santa Clara-based company wants to be the go-to supercomputer for those who may balk at the enormous expense associated with becoming a “full stack” AV operator.

This combination really shocked me! These two companies in different fields are going to cooperate with each other to develop new technology. Are you looking forward to their new technology soon?