MATTA Fair is back after hiatus 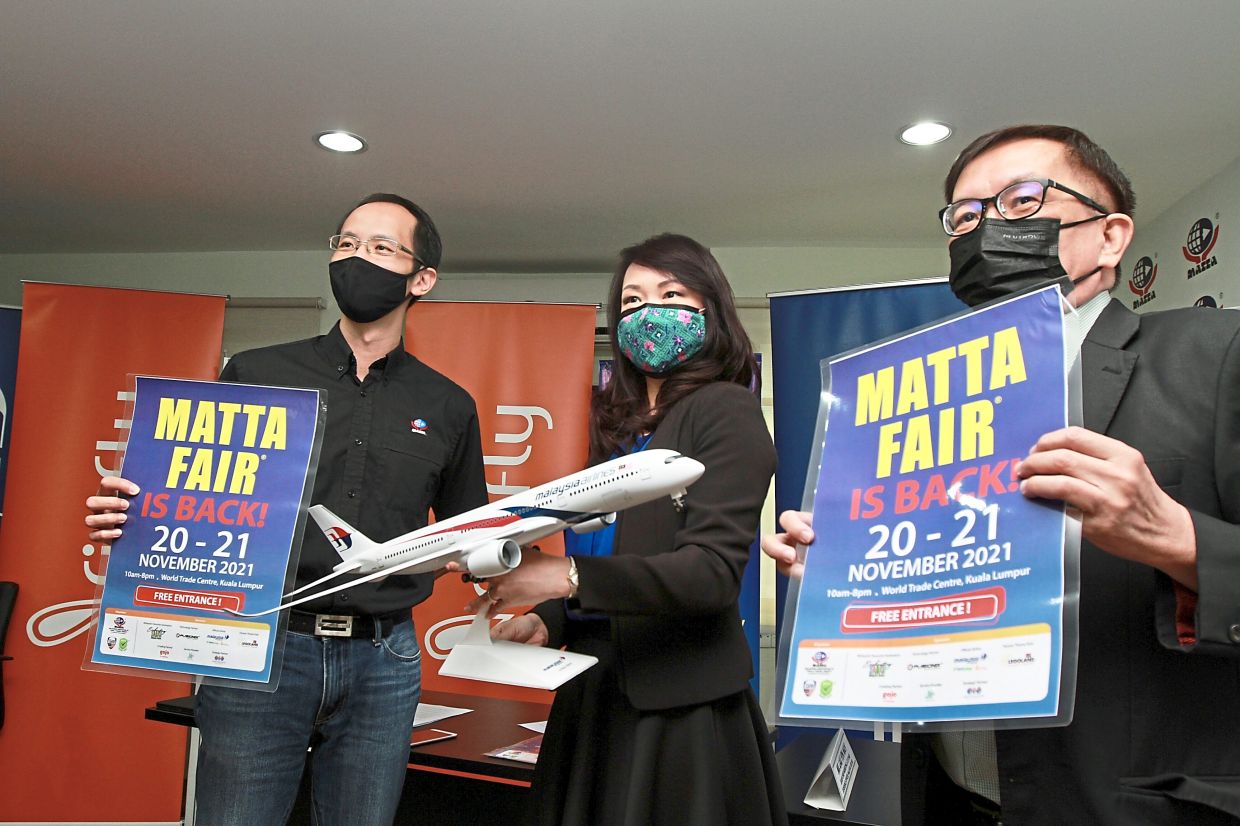 KUALA LUMPUR: A host of attractive airfares and travel packages will be available at the Malaysian Association of Tour and Travel Agents (MATTA) Fair, which is happening this weekend on Nov 20 and 21 at the World Trade Centre Kuala Lumpur (WTCKL), along with the return of its long-time partner Malaysia Airlines as the official airline.

This is the first physical outing by the country’s largest travel event after a two-year break because of the Covid-19 pandemic. Health safety protocols are in place.

The return of Malaysia Airlines shows its commitment to reviving the tourism industry.

It will work closely alongside airlines under the Malaysia Aviation Group, Firefly and MASwings, with participating agents in providing the best deals to the fair’s visitors.

The national carrier and Firefly will be offering discounts of up to 35% on airfares to all holiday destinations in Malaysia and selected international destinations. These great fares are available online as well for immediate travel until June 30, 2022.

To sweeten the deal, Enrich members can earn 50% bonus Enrich points when they purchase flights with Malaysia Airlines during the fair for travel up to April 21, 2022.

Customers can choose from a broad range of airfare tickets such as the Economy Lite Fare which offers free cabin baggage of 7kg, inflight entertainment, complimentary snacks or meals and beverages while those looking for maximum flexibility can opt for the Economy Flex Fare that comes with additional benefits including unlimited date changes, refunds, priority check-in, and check-in baggage allowance of 35kg, without additional fees.

Those who purchase Malaysia Airlines flight tickets from participating agents at the fair are also entitled to bring home limited-edition merchandise by the airline, Firefly, MASwings and Enrich. Additionally, with every purchase of an Economy class ticket, visitors could be in the running to win a Business class upgrade by Malaysia Airlines.

Firefly is offering six return complimentary vouchers to any Firefly domestic routes while MASwings has five return tickets to any of MASwings destinations to give away.

MATTA honorary treasurer Nigel Wong said the fair will be significant for the recovery of the country’s tourism sector by emphasising domestic travel while preparing for international borders to open eventually.

“The fair will be held on a smaller scale of 255 booths and will occupy Halls 3 and 4 of WTCKL.

“Rest assured that strict compliance to standard operating procedures (SOP) will be followed. “

“The fair will also see the participation of international tourism organisations including those from South Korea, Taiwan, the Philippines, Japan and Turkey,” he said.

MATTA is targeting at 20,000 visitors at the fair while generating RM25mil in sales.

Admission to the fair, open from 10am to 8pm, is free.