Malaysians will soon be able to use WhatsApp's new voting function 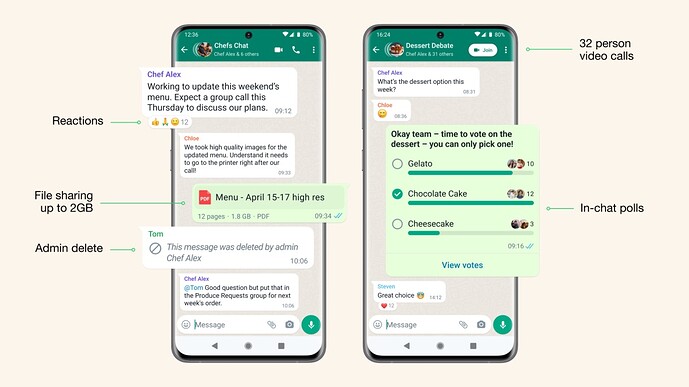 WhatsApp is finally rolling out in-chat polls to users in Malaysia – alongside features like the Communities group organiser, up to 32-person group calls, larger file sharing, and the ability for admins to delete users’ messages of all members – after its announcement on the messaging app’s official blog earlier this month.

Some Malaysian users have reported having the option to create polls in private one-on-one chats and in group chats, which show up like a regular message in the chat that both they and others can respond to.

It appears that the feature is being rolled out on an account by account basis, since in our checks, not all of those who have updated to the latest stable version of the app (2.22.23.77 on Android and 2.22.23.76 on iOS) are able to create polls.

Those who already have access to the feature are still able to create polls in chats with other users that have not received the feature yet, which can be answered by all users.

In our testing, chat members are able to select multiple answers for a single poll at a time, with no setting to limit them to just a single answer. Each poll also can only have up to 12 possible answers.

Users with the feature will be able to create polls by tapping on the “Attachment” button and selecting the Polls option.

According to leaker site WABetaInfo, WhatsApp is also reportedly working on a “Companion mode” that would allow for the same account to be used on multiple smartphones simultaneously.