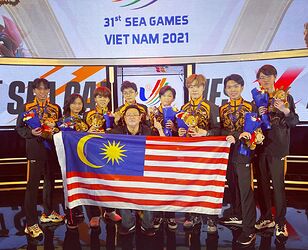 Recently in the Sea Games 2021 held at Hanoi Vietnam,team ADT which represents Malaysia have gained a medal for our country.From the starting of forming this group until the day of competition ,they only took 5 months of tranning duration.Although they have limited time of tranning,they still did well in this International Championship and makes us Malaysian Proud of them.

Arena of Valor(AOV), formerly Strike of Kings, is an international adaptation of Honor of Kings, a multiplayer online battle arena developed by TiMi Studio Group and published by Level Infinite for Android, iOS and Nintendo Switch for markets outside.Arena of Valor is among the eight esports titles determined as medal events for the Asian Games 2022. Tencent eSports and TiMi eSports shared a publication on the 5 September 2021 which confirmed the first time usage of the merged version of Honor of Kings with Arena of Valor. 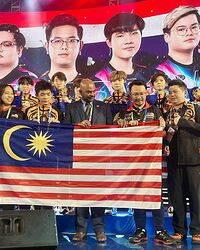 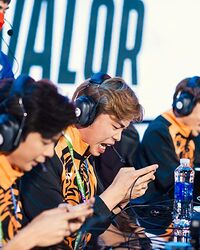