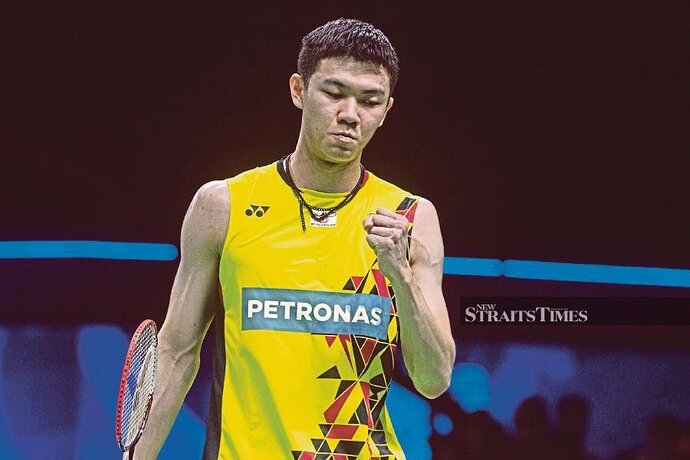 KUALA LUMPUR: It was a stroke of strategic masterclass from the Malaysian men’s badminton team who checked into Thomas Cup quarter-finals as group winners for the first time since 2016.

In their final Group D tie, which stretched into the wee hours of Thursday morning, Malaysia scored a stunning 3-2 upset win over 2014 champions Japan at the Impact Arena in Bangkok. Malaysia will meet Group C runners-up India in the quarter-finals today.

Both Malaysia and Japan had earlier defeated England and the United States 5-0 in their respective first and second group ties.

This is also the first time that Malaysia have defeated the mighty Samurai in the Thomas Cup Finals since the 2008 quarter-finals in Jakarta.

The victory is Zii Jia’s second over the Japanese ace this year, after getting the better of him in the quarter-finals of the All England in March.

Japan pulled one back in the second singles through world No 14 Kanta Tsuneyama who defeated veteran Liew Daren 21-16, 22-20 in exactly one hour.

But the unexpected scratch pair, Aaron Chia-Teo Ee Yi, turned unlikely heroes when they clinched the winning point to knock out Japan. They remarkably proved that national and independent players can click well when national interest is at stake, as they dismantled Akira Koga-Yuta Watanabe 22-20, 21-17 in the second doubles.

"It was all about strategy today. It worked out really well when Sze Fei-Izzuddin scored the upset win in the first doubles.

"It doesn’t matter that (Soh) Wooi Yik and I were split so that I could play in second doubles with Ee Yi.

“We don’t want to reveal too much about what we will do next, but we want to enjoy ourselves,” Aaron told the BWF after his match.

What sport activities you like to watch in Thomas Cups? Will you be proud if Malaysian team’s win?