Husband can be fined up to RM10,000 if fail to make Socso contributions for his wife 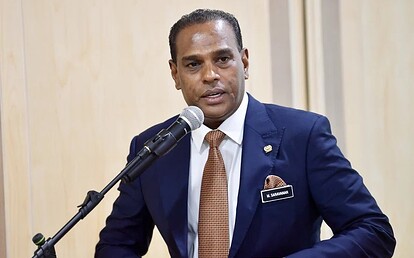 KUALA LUMPUR: Husbands who fail to make Socso contributions for their wives, who are housewives, can be fined up to RM10,000 or imprisoned a maximum of two years, the Dewan Rakyat was told.

However, if the husband was not able to make such contributions due to the loss of income or other reasons, he must inform the Social Security Organisation 60 days prior to his next scheduled contribution.

The contributions must be made until the housewife reaches 55 years old.

Meanwhile, the Bill would also see the setting up of the Housewifes’ Social Security Scheme (SKSSR) for the purpose.

The insured housewife or her dependents will also be entitled to disability benefits, including sickness allowances and funeral benefits.

The bill, among others, proposes that the maximum amount for permanent disability benefit is RM30,000 to be paid within the period of the housewife’s contribution.