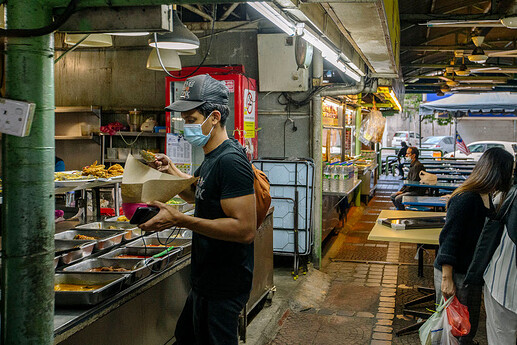 He said this applies to all states, regardless of whether they are currently under a movement control order (MCO), a conditional MCO (CMCO) or a recovery MCO (RMCO).

He also announced that there will no longer be a limit to how many passengers are allowed in one vehicle; however, the number of occupants should follow the vehicle’s capacity.

“We decided to lift the two pax dine-in rule nationwide. However, the one-metre rule SOP must be followed and restaurants must take their capacity and size into account when accepting diners.

“Similarly, we are no longer capping the number of passengers in a car so long as it follows the capacity of a vehicle,” he said this evening during his security briefing.

The current MCO, which was to end tomorrow, has been extended for another two weeks, until March 4, for Kuala Lumpur, Selangor, Johor and Penang.

All other states, except for Perlis and Sarawak, will be placed under CMCO according to the same time frame.

Sarawak is the only state under CMCO currently. It started on February 15 and was scheduled to end on March 1, when the rest of the country was placed under restrictions that banned inter-state and inter-district travel.

The extension of these new restriction conditions nationwide is set to start on February 19 and end on March 4, except for Sarawak.

Today, the country recorded 25 more deaths due to Covid-19, the highest count in a single day, even as cases have dipped to 2,712 overall.

Today’s death count surpasses the previous record of 24 lives lost on February 8 and raises the total fatalities to 1,030 since the pandemic started.

Do you feel happy with this decision or you think the rules should not be lifted?