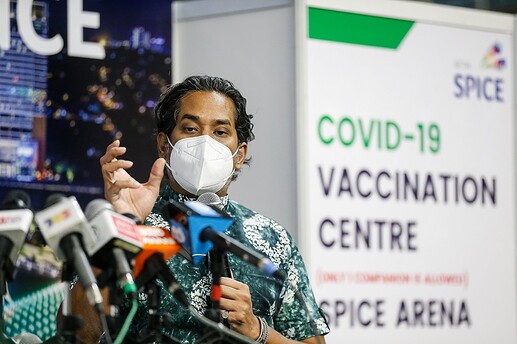 Khairy, in a report by Astro Awani, said the proposal to lift these restrictions for qualified individuals is being scrutinised by NIP’s technical working committee who he said would also be looking at steps and leeways used by other countries for fully vaccinated individuals.

He said the findings of the working committee, which comprises industry professionals, would then be presented to the National Security Council (NSC) to be finalised.

“The committee, which is composed of health and science experts, will decide on the working technical group before presenting it to the NSC to be announced. This includes leeway to travel interstate,” he was quoted as saying in the report.

“When a comparison is made between us and Japan, who are far more advanced, they are still lagging behind as compared to, say, the United States, United Kingdom and Canada.

“Why? The UK bought vaccines five times the number of its population, same goes for Canada.

“Looking at how the companies distributing vaccines are from the UK and US, they had easier access.

“Only now they are offering aid through contributions. We will accept contributions from the US, Japan and China in the near future,” he added.