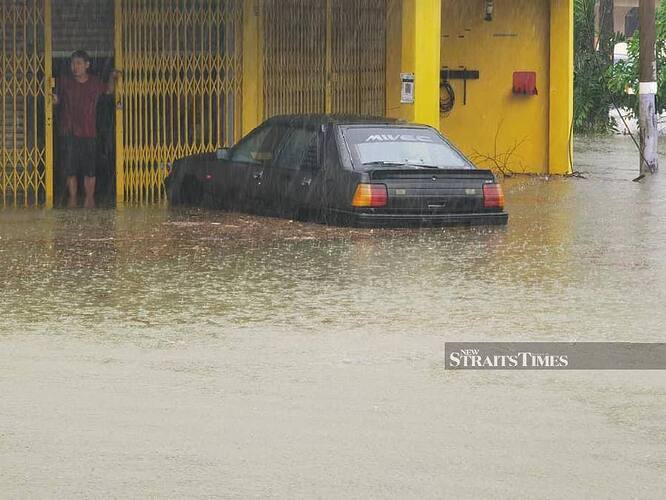 Selangor Fire and Rescue Department director Norazam Khamis in a statement said several main roads and houses, along with Sekinchan town itself, were affected.

However, he said as of 5pm, none of the residents in the affected areas were evacuated as the situation remained under control.

The Sekinchan fire station, in a Facebook post later, shared several photos of areas inundated by floodwaters, with some areas at ankle level and others at knee level.

In Shah Alam, continuous rain since morning caused anxiety among the residents of Kampung Kebun Bunga in Seksyen 22, as they fear the water level at Sungai Damansara would continue to rise.

Among them was Aboy Deraman, who shared the latest situation in the area on his Facebook.

"I’m asking for help from friends in Shah Alam to be on standby. The water level at the nearby river is on the rise.

“Please help, if there are boats for us, should the same incident happen again just like last year,” he wrote.

Kampung Kebun Bunga was among the areas that were affected by massive floods in Shah Alam at the end of last year.

Meanwhile, in Kuala Lumpur, several roads in the city were also inundated by floodwater following continuous rain since morning.