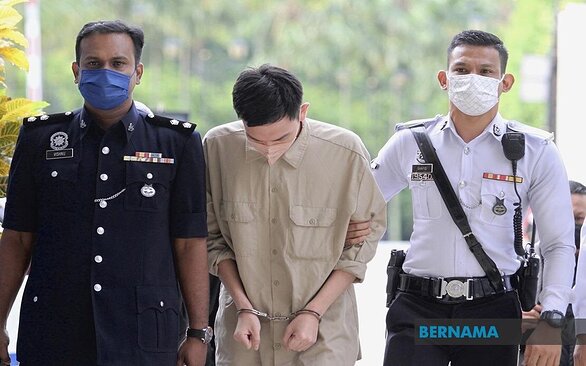 KUALA LUMPUR, March 18 (Bernama) – A college student pleaded not guilty in the Magistrate’s Court here today for allegedly driving under the influence of alcohol that resulted in the death of a Kuala Lumpur City Hall (DBKL) sub-contractor’s worker last Saturday.

Lo Yen Hue, 24, was charged with driving a Toyota Sienta under the influence of alcohol with the presence of 184 milligrammes of alcohol per 100 millimetres of blood in his system.

The reading was over the permitted limit of 50 milligrammes of alcohol per 100 millimetres of blood, resulting in him failing to control the vehicle, which caused the death of Yap Kwee Chee, 74, at Jalan Kuching, Batu Caves-bound at 3.15 am last March 12.

Lo was charged under Section 44 (1) (b) of the Road Transport Act 1987, which carries a jail term of not less than 10 years and not exceeding 15 years, and a fine of between RM50,000 and RM100,000, and disqualification from holding a driving licence for 10 years from the date of conviction, if found guilty.

Magistrate Amanina Mohamad Anuar allowed the accused bail of RM12,000 with one surety and set May 27 for mention.

On March 12, the victim was reportedly cutting down trees when the car driven by the accused crashed into him and he died at the scene from serious head injuries.

Student should be more clear about country law, should not do things against the law that lead to serious consequences to future.