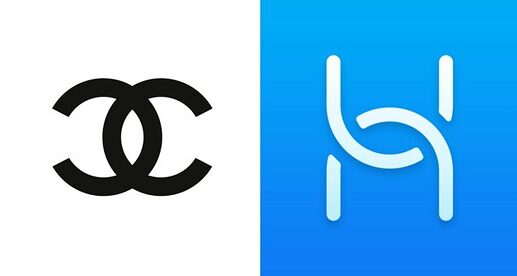 While Chanel has an iconic logo known all over the world, I’m not going to say that the Huawei AI Life logo looks super similar to the fashion brand. It might have the same overlapped chain-like features, but that’s about it. Chanel didn’t see it that way, and went to court to battle the Chinese technology firm—but ultimately lost.

In 2017, Huawei had applied for EU trademark protection for a logo it would use for computer hardware. However, Chanel opposed the bid—arguing that the two intertwining semi-circles were too similar to their own logo.

Two years later, the EU Intellectual Property Office dismissed Chanel’s objection. They said that there was “no similarity” and that the public would not be confused by the two logos.

Chanel then challenged the ruling at the EU General Court in Luxembourg. But the court ruled on Wednesday that the logos “share some similarities but their visual differences are significant”.

“In particular, Chanel’s marks have more rounded curves, thicker lines and a horizontal orientation, whereas the orientation of the Huawei mark is vertical. Consequently, the General Court concludes that the marks are different,” said the tribunal of judges.

If you’re wondering that Huawei’s AI Life app is for, it was created to let users manage their Huawei smart devices in one place. This includes 5G/4G routers, audio accessories, and other smart appliances.

Despite the court’s ruling, Chanel can still appeal to the EU Court of Justice—Europe’s highest. And seeing that the luxury brand will stop at nothing to fight Huawei for a logo that doesn’t even look like theirs, they might be considering it.

Do you think they are similar? How you can fight for your rights if you found the similarity of your company logo with others?