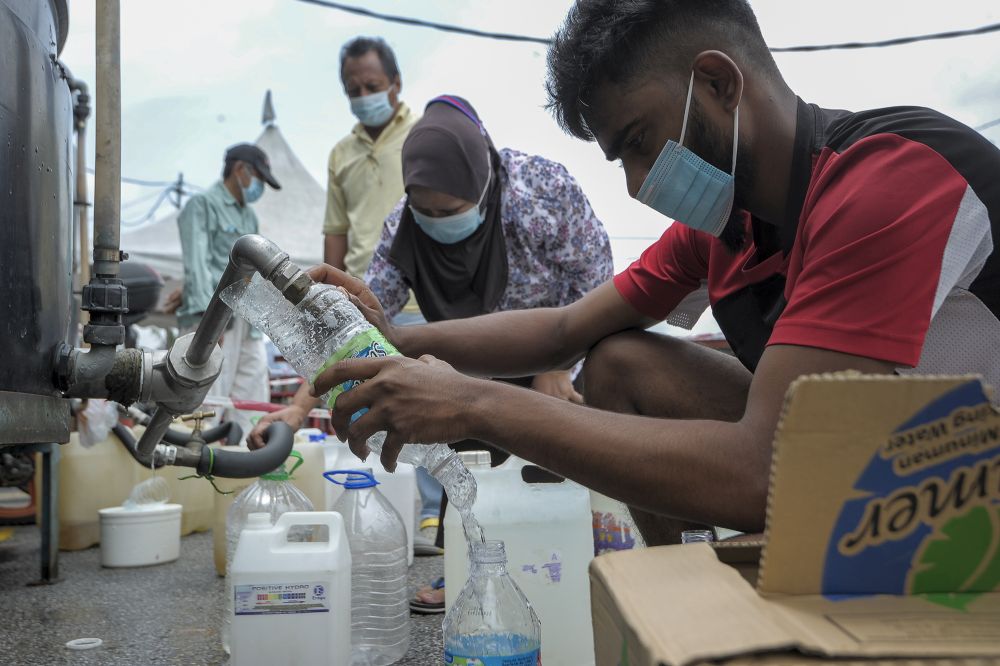 KUALA LUMPUR, Oct 20 — The disruption in unscheduled water supply yesterday was not the first and for certain, it caused public outrage as it had happened several times before during the movement control order (CMO) period.

Air Selangor also said that the contamination was detected at 2am yesterday, following which operation of the Sungai Selangor Water Treatment Plants at Phase 1, Phase 2, Phase 3 and Rantau Panjang had to be suspended.

Commenting on this seemingly endless problem, a senior lecturer at the Faculty of Forestry and Environment, Universiti Putra Malaysia (UPM), Dr Mohd Yusoff Ishak suggested that the capacity and expertise of agencies related to pollution of water sources should be enhanced in line with current technological developments.

“Pollution cases take too long to be brought to court and so are the trials before any decision can be made.“The delay occurred because investigation to find evidence requires sophisticated scientific methods and apart from the factor on the increasing number of contaminants, the technology and science on environmental forensic in Malaysia is far behind compared to other technologies,” he said when contacted today.

Meanwhile, last Sept 7, president of the Association of Water and Energy Research (AWER) Malaysia S. Piarapakaran said the association had sent a letter to the government proposing immediate amendments to the Environmental Quality Act 1974 (EQA) by adding a new section to enable claims for loss by affected parties.

“This will enable the Department of Environment (DOE) to calculate the loss of income and additional costs incurred by parties affected by the pollution. With the proposed amendment, the offender will have to pay fine, cleaning costs and claims for damages by the affected parties,” he said.

However, the Alliance for Safe Community chairman Tan Sri Lee Lam Thye said the latest water disruption is unbelievable and unacceptable as it came just after reports that the water supply has been restored to 686 areas due to the previous water disruption.

“Yesterday’s disruption in water supply was reportedly caused by odour pollution in Sungai Selangor. Incidentally, this was the same river that caused the pollution that disrupted water supply to millions of consumers less than three months ago.

“This is unbelievable. This is unacceptable. This is scandalous. It would seem that all the advice, exhortations and appeals made after the earlier disruption was water off a duck’s back,” he said in a statement.

Lee said the disruptions could not have come at a worse time when the nation is facing the threats of the fast-spreading Covid-19 infections.

“As part of the SOPs during this pandemic, we are exhorted to keep proper hygiene which requires us to wash our hands frequently but how does one do this without running water. And with our movement restricted during conditional movement control order (CMCO), we cannot even go over to our friends’ houses for a shower,” he said. — Bernama