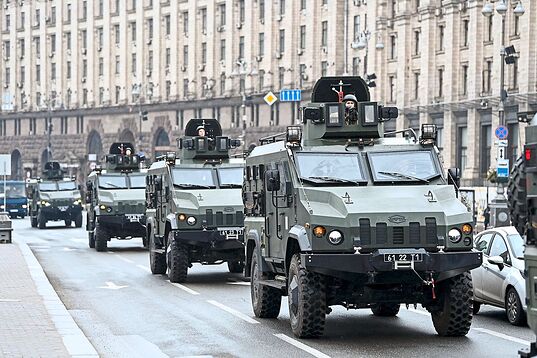 PETALING JAYA: Eleven Malaysians are still stuck in Ukraine which is under attack by Russia and the Malaysian Embassy in Kiev is currently working to provide a safe haven for them.

“The Government’s priority at this time is to ensure that Malaysian families are safe.

“The embassy in Kiev is currently working to provide protection and a safe haven for them before they can return to Malaysia,” he said in a series of tweets yesterday.

Ismail Sabri said he was informed that there were 23 Malaysian citizens registered with the Malaysian Embassy in the capital city of Kiev.

“Twelve have returned home while 11 are still there.

“Malaysia hopes a peaceful settlement can be reached between Ukraine and Russia soon, and the conflict successfully resolved,” he said.

Getting the Malaysians out could prove to be a problem as no Malaysian commercial operators are currently using the routes affected by the conflict.

Civil Aviation Authority of Malaysia (CAAM) chief executive officer Datuk Captain Chester Voo said the CAAM would continue to closely monitor the situation and communicate with their operators to ensure the civil aviation industry would be well-informed at all times.

Ukraine has closed its airspace to civilian flights, citing a high risk to safety, while Europe’s aviation regulator also warned against the hazards of flying over areas bordering Russia and Belarus.

On the ground, Reuters reported that long queues were forming in Kiev as people tried to stock up on supplies, and a huge traffic jam blocked the main road heading west out of the capital as others tried to flee.

Explosions rang out before dawn in Kiev and several cities along the country’s coasts, with planes flying overhead and emergency sirens going off.

Hope they stay safe at there